A coalition determined to get Indiana’s cigarette tax increased by $2 a pack will make another push in 2019.

The Raise It For Health Coalition is made up of dozens of organizations, including health care groups and the Indiana Chamber of Commerce. Its message – as framed by pediatrician Emily Scott – is that a cigarette tax hike will help the state improve its poor health metrics.

“We have to do what we can to reduce tobacco exposure in Indiana’s children and raising the price of tobacco products is a great place to start,” Scott says.

Scott is IU Health Methodist's Newborn Nursery medical director and co-chair of the Indiana Academy of Pediatricians Infant Mortality Committee. She says data shows a rise in the cigarette tax will help prevent teenagers from taking up smoking and help teens who already smoke quit.

There’s also the economic argument. Chamber of Commerce President and CEO Kevin Brinegar says a cigarette tax increase will generate more money for the state in the short term and reduce costs in the long term.

“I have an old saying that good ideas in the General Assembly take at least three years to pass and bad ideas only take one – and this is year three,” Brinegar says.

The coalition estimates a $2 per pack tobacco tax increase will generate $358 million for the state in its first year. And it says smoking costs the state more than $7.6 billion each year in health care expenses, productivity losses and premature death.

The coalition will also push – as it has in the past – to increase the legal smoking age from 18 to 21.

Tags:cigarette taxsmoking ageRaise It For Health CoalitionIndiana Chamber of Commerce
Support independent journalism today. You rely on WFYI to stay informed, and we depend on you to make our work possible. Donate to power our nonprofit reporting today. Give now. 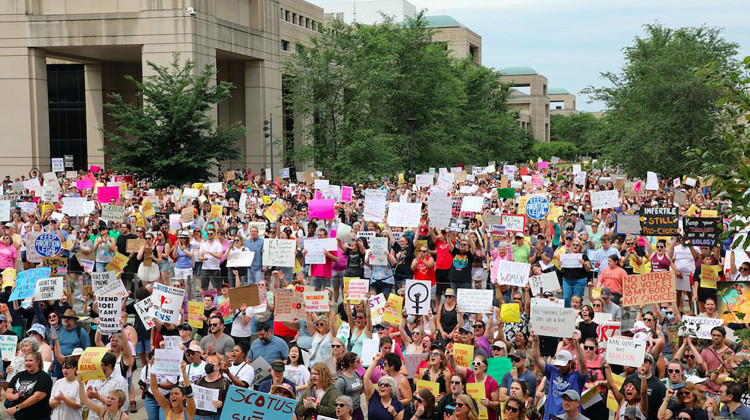