WEST LAFAYETTE, Ind. -- A pilot program enacted by the state legislature has found one in five infants born to at-risk mothers at four Indiana hospitals had opiates in their system at birth.

The program began earlier this year and measures the prevalence of Neonatal Abstinence Syndrome, or NAS. NAS refers to a group of problems that occur in infants after they’re exposed to addictive drugs in the womb. In 2014, Indiana passed a law creating both a task force and a pilot program that would study its prevalence in Indiana.

The program requires all expectant mothers receiving prenatal care at four Indiana hospitals to take a verbal test that screens for potential drug use. If that test is positive, the baby’s umbilical cord is tested for drugs.

Preliminary results from the pilot show one-fifth of the umbilical cords connecting babies to mothers with a positive verbal screen tested positive for opiates. Other drugs, such as amphetamines and cocaine, were found in umbilical cords at lower rates.

Task force member and neonatologist Maria Del Rio Hoover, who presented the findings before a house study committee Thursday, said the purpose of the testing isn’t punitive. She says it’s a way to pinpoint those mothers and infants most in need.

“If we treat the drug use,” she said, “we can diminish the risk and keep the family together.”

Right now, the goal of the pilot is simply to gather information and help women and their babies receive vital treatment so they don’t need to be separated.

“What we want is a healthy mother and a healthy pregnancy,” she said. “[We want them to know] we are checking your urine, we’re talking to you about drug use because we want to get you into therapy. We want you to get better and we want your baby to not spend months in the hospital.”

She explains the result of the tests can’t be divulged unless ordered by a judge, thanks to a 2015 law. Critics of the pilot were initially worried the universal testing would deter expectant mothers worried about criminal charges from seeking treatment.

Del Rio Hoover also pointed out drugs such as methadone and other medicines involved in treating withdrawal were found in relatively low rates in the at-risk mothers’ umbilical cords.

“Obviously, these women are not getting medication-assisted treatment,” she said.

Del Rio Hoover added that linking addicted mothers to treatment after their babies were born, another goal of the pilot, proved difficult because of lack of resources in their communities.

So far, the pilot has tested 300 people. Del Rio said she expects five more hospitals to be added to the pilot in the next few months.

Tags:drug addictionaddictionneonatal care
Support independent journalism today. You rely on WFYI to stay informed, and we depend on you to make our work possible. Donate to power our nonprofit reporting today. Give now. 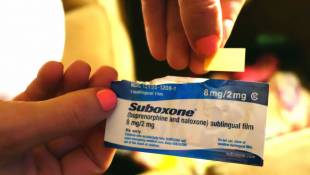 For People Recovering From Addiction, Insurance Rules Can Be A Big Obstacle

Buprenorphine is a drug that's been proven effective in helping people addicted to opioids stick to long-term recovery. But insurance companies make it really hard to get on and stay on the medicine.