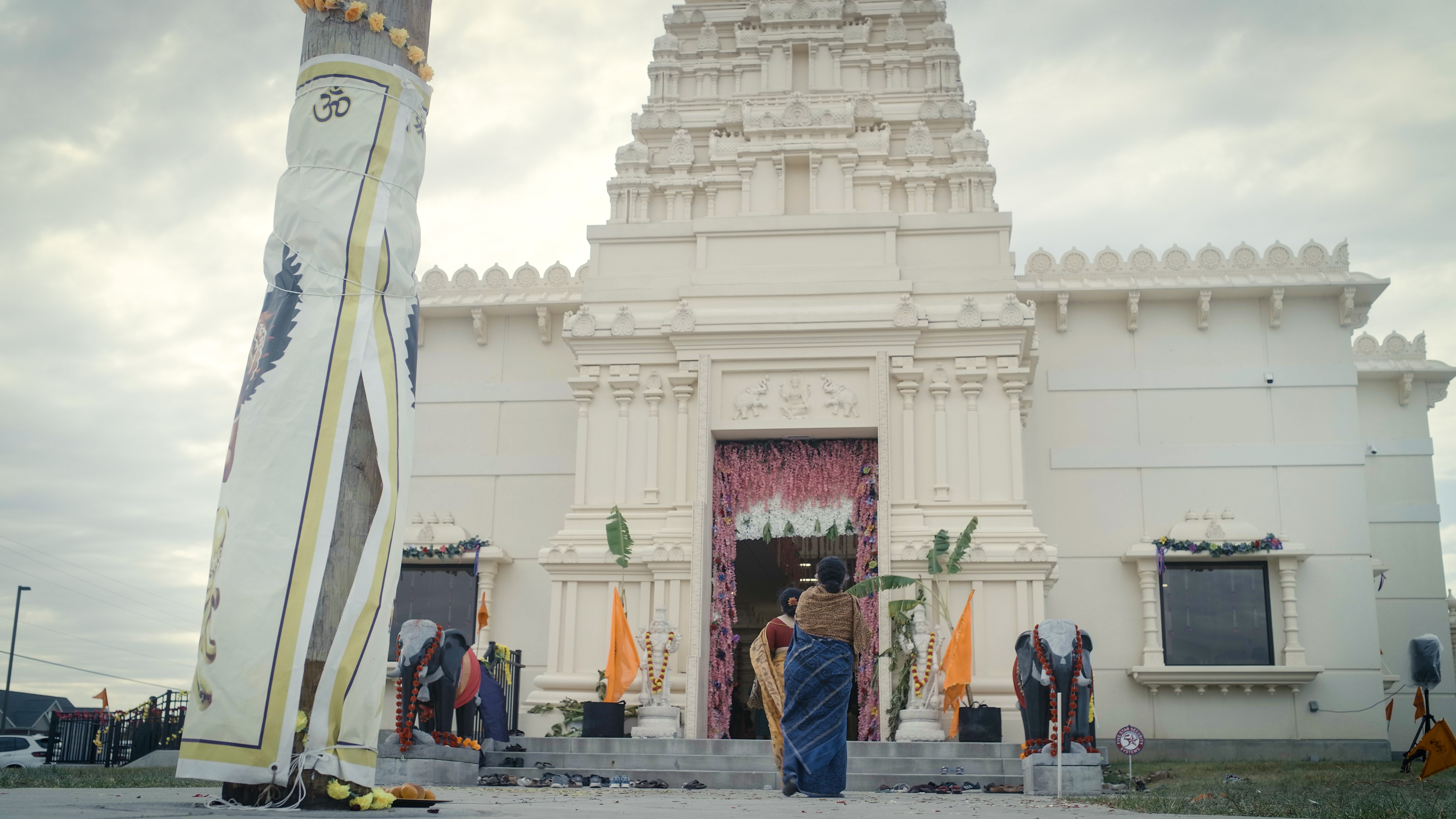 Temple inaugurations are rare. So rare in fact, that most members of the Tri-State Hindu Temple and Cultural Center in Newburgh have never seen this either and likely never will again.

“It's the first time I'm seeing all these Deities here together,” said community member and Temple Construction Committee member Karuna Pandit. “Today is the first time when you were recording — we also saw them for the first time. … it's the opening of the temple, basically. So that's why it's so special.”

This process is called the Pran Pratishtha, which is bringing life into the temple and welcoming and sanctifying the Hindu deities in their new home. Many of the deities are sculpted of white marble.

For the ceremonies, the deities are hidden behind sheets held by the priests or “Brahmans.” Hundreds of devotees are seated on the white marble floors and crowded near the entrances. 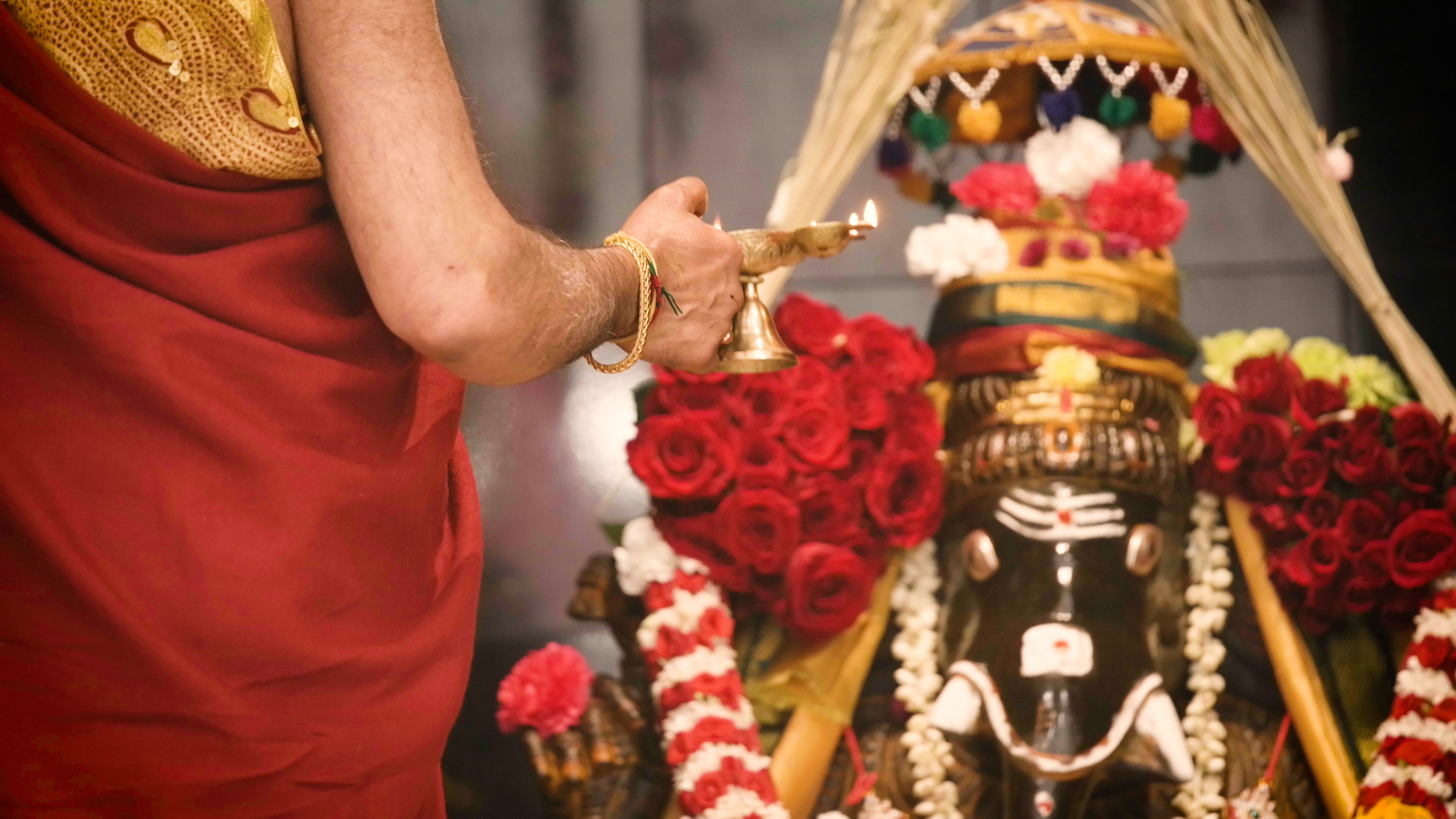 The priests while behind the sheets hold up a mirror to the deity, for example the elephant-headed Ganesha — so he can see himself first. There’s a whole ceremony mostly hidden from view in the deities’ sanctum sanctorum.

At the end of each ceremony, everyone is asked to close their eyes as the sheet and mirror are removed. The ceremony is complete and they can look upon the ‘vigorhas’ — or to put it crudely — statue of Ganesha draped in silk and wreathed in flowers.

The ceremony is repeated for each deity whether Saraswathi, Vishnu or Balaji. There are several new vigorhas and they all come from India carved in Rajasthan and southern India.

The deities undergo a detailed purification process before they are shipped to the U.S.

Pandit says they present several deities to satisfy the varied spiritual beliefs of the community which hail from all over India. “This way, everyone, whoever they're connected with, can come and pray,” she said.

Sanjay Mishra of Evansville is a member of the temple.

“It's one of the things that happens once in a lifetime, you know, where there's a lot of deities and idols that are brought into the temple after a lot of invocation and prayers. And this is something very, very important to the Hindu community overall.”

He says about 900 attended drawing from as far away as Louisville. The community itself numbers about 600.

Before this new temple was constructed there was no dedicated space for prayer and worship — just a smaller facility with one big room the teens also used for their activities.

This ceremony on Sunday October 16 is the actual temple inauguration, but events started that Friday and included a fire ceremony, cow blessing and chanting of mantras and prayers which are mostly designed to awaken and bring life to the deities which were brought in.

Of course there's also lots of food and food offerings. Said Pandit, “we offer everything to God, we offer water, food, flowers, everything.”

Once offered to the deities the food can be eaten by people. One such offering was a sweet treat called laddoo which was given to me by the head priest who led the ceremony. He was flown in from out of state.

After the sanctifying ceremonies are cultural events like dancing. There’s also raffles and ice cream. To Hindus, these deities are different aspects or manifestations of God. Such a ceremony makes Karuna Pandit feel closer to God.

“It feels emotional, it feels very good,” she said. “And you just feel like all other thoughts have just vanished … Just gone. It's just you and God.” 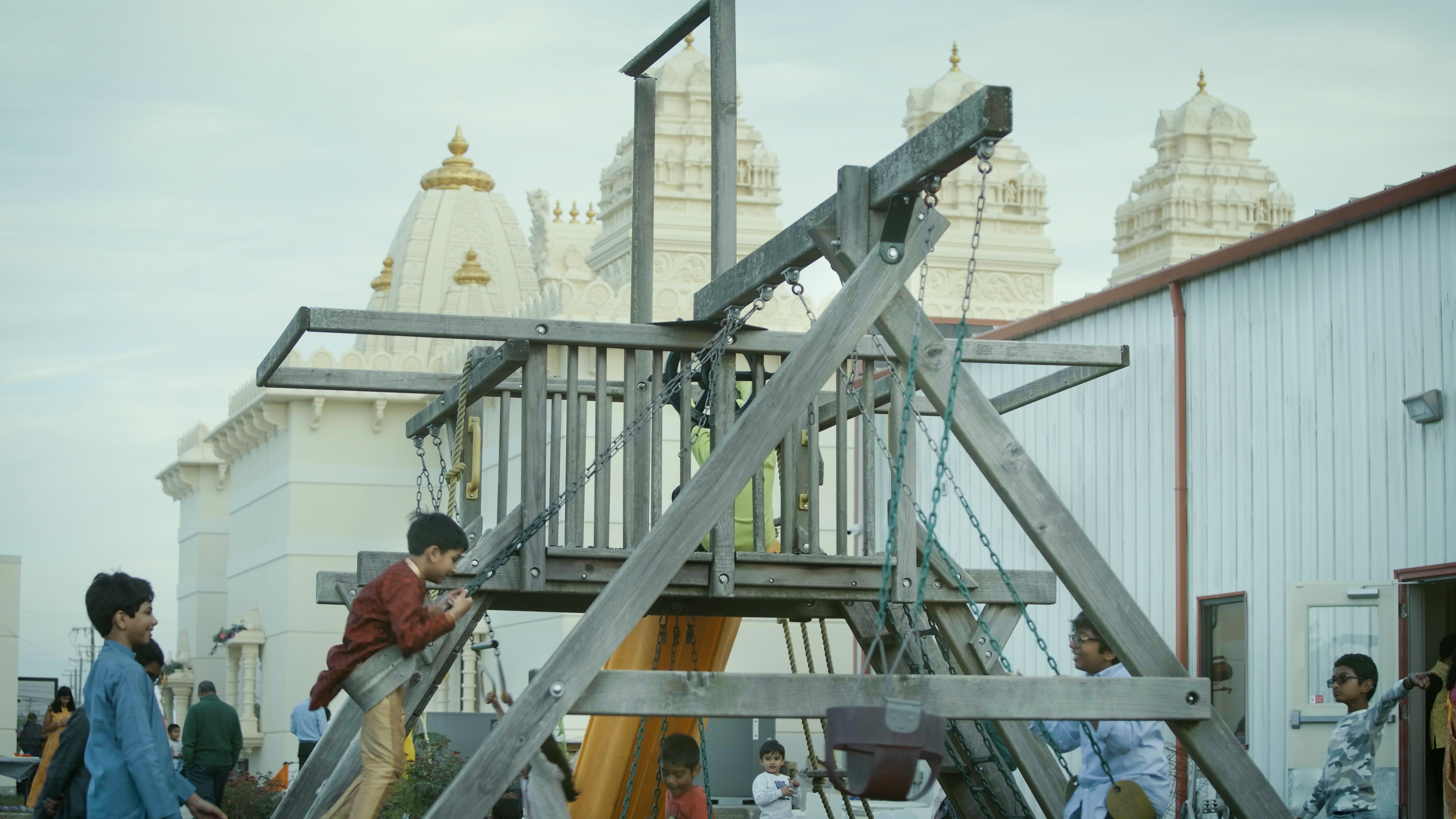 Tags:Tri State Hindu Temple and Cultural CenterreligionNewburgh
Support independent journalism today. You rely on WFYI to stay informed, and we depend on you to make our work possible. Donate to power our nonprofit reporting today. Give now.