It’s seemed a forgone conclusion Hogsett would mount a campaign for the city’s highest office since he announced his resignation as U.S. Attorney in July — a position he’d held for four years —and then formed an exploratory committee in August. But for three months, Hogsett has held off on an official announcement until Wednesday night.

“The only test that he will have for the ideas in a Hogsett administration will be what works. What will build a better Indianapolis," Bayh said. "What will move us forward together? That’s the kind of mayor Joe Hogsett will be.”

Hogsett spoke from the spot Robert Kennedy addressed a crowd the night of the assassination of Dr. Martin Luther King, Jr. in 1968 and tried to invoke the unity of that moment as he formally declared his candidacy.

“And so tonight, I’m asking you to join me in rekindling that spirit once again, as I formally announce my candidacy for mayor of Indianapolis,” he said.

Hogsett laid out his campaign agenda in broad strokes, saying public safety, education and economic security are among the issues the entire city needs to address.

State Representative Ed Delaney is the only other democrat to formally announce his candidacy so far for next year’s election. No republican has entered the race, but that will soon change with Mayor Greg Ballard last week announcing he will not seek re-election.

Tags:Joe HogsettMayor of IndianapolisIndianapolis mayoral raceElection 2015
Support independent journalism today. You rely on WFYI to stay informed, and we depend on you to make our work possible. Donate to power our nonprofit reporting today. Give now. 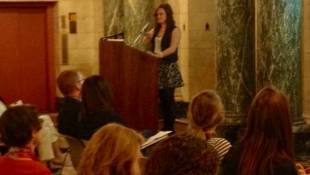 A group of 10 local and national emerging leaders provided their thoughts on making Indianapolis a better place by 2020. 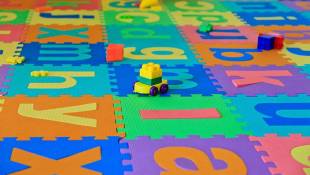 "On My Way Pre-K" is the moniker state officials chose for Indiana's first state-funded pre-kindergarten program.