Gov. Eric Holcomb is declaring a disaster in a lead-contaminated neighborhood of East Chicago, Indiana. The order, announced Thursday, fulfills a request that former Gov. Mike Pence denied before he left office.

In the declaration, Holcomb says he’ll ask for federal assistance to relocate residents still living in the affected area. And those families say they need all the assistance they can get.

In December, East Chicago Mayor Anthony Copeland wrote to Holcomb and then-governor Mike Pence to ask for the declaration. [Read Copeland’s letter here.] But Pence denied the request before leaving office, saying the state had already given East Chicago enough resources to deal with the crisis.

“What I want to do is make sure that we get this right,” Holcomb says. “Putting a 30-day shot-clock on our efforts, I think, will help us not just corral but focus all of our efforts – both the federal and the state efforts, and the local efforts – on it right now.”

Holcomb’s executive order is one of a several issued Feb. 9. It asks the Indiana Housing and Community Development Authority to allocate $2 million for demolition of the West Calumet Housing Complex.

Holcomb’s office estimates 100 people still live in the complex, though lawyers and resident’s say it’s actually at least 100 entire families – including Keesha Daniels’. She’s an East Chicago native who’s been trying to move out of West Calumet for months. She and her neighbors were ordered to do so last July so the city could tear down their homes.

“Every day is a struggle. It’s a struggle, and it gets worse,” Daniels says. “This is really a sickening thing to have to tell your kids that we don’t know where we’re going.”

Daniels says she’s grateful Holcomb is paying attention, though she wishes the disaster declaration had come months ago. She says it would help if more landlords would take the federal housing voucher she received to help her relocate.

Holcomb’s order doesn’t address those specifics, but it does say the state will find a social service contractor to help residents resettle by the end of March. That’s when the city can to seek federal permission to put remaining residents in temporary housing.

The disaster declaration also says the state will spend the next month petitioning “the new secretaries of the appropriate federal agencies” for help with relocation and demolition. And it says the state will seek EPA grant funding to replace lead pipes in parts of the Calumet neighborhood.

The EPA measured high levels of lead in some homes’ drinking water last year. Officials have said a temporary funding freeze at the agency wouldn’t affect clean-up work in the Superfund, but it’s unclear if that would apply to Holcomb’s request.

Holcomb’s order also covers health and social services across the Superfund. It describes a planned state website that will list status updates on the situation. It asks state health officials to get federal permission to conduct blood lead testing at Women, Infant and Children clinics in and around East Chicago. And it says the state will keep working to “identify and finance” new affordable housing options in the area.

Finally, it makes a request of East Chicago’s mayor, asking him to send specifics to the state by March 5 on what other aid the city needs, and what federal resources it can access. City officials did not respond to an interview request by deadline.

Tags:Eric HolcombEast ChicagoWest Calumet Housing Complexlead contamination
Support independent journalism today. You rely on WFYI to stay informed, and we depend on you to make our work possible. Donate to power our nonprofit reporting today. Give now. 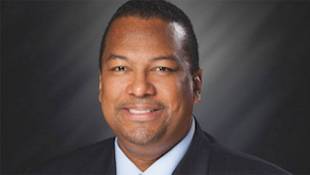