Gov. Eric Holcomb signed a slew of bills Tuesday, including one that overhauls the state’s net metering policy.

In a written statement, Holcomb said, “I support solar as an important part of Indiana’s comprehensive energy mix … I understand the concerns some have expressed, but this legislation ensures that those who currently have interests in small solar operations will not be affected for decades.”

Many environmentalists, faith leaders, and businesses opposed the bill. Kerwin Olson, executive director of the Citizens Action Coalition, says it will have a “devastating” impact on Indiana’s solar industry.

“Folks have said this is the beginning of the conversation, not the end, and so we hope that those legislators who made those promises hold true to their word,” Olson says.

Olson says he hopes lawmakers reverse the changes to net metering during the next legislative session and that his organization is also considering challenging the law in court.

Tags:Eric Holcombsolar power2017 legislative sessionnet metering
Support independent journalism today. You rely on WFYI to stay informed, and we depend on you to make our work possible. Donate to power our nonprofit reporting today. Give now. 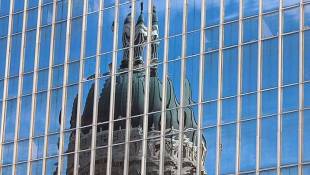 Gov. Eric Holcomb finished the work of the 2017 legislative session, signing the remaining bills left on his desk.