The new plan will expand state-funded preschool to 20 counties, tie it to the state’s private school voucher program and include a controversial option for online preschool.

Currently, the $10 million state-funded On My Way Pre-K program serves around 2,000 low-income students in five counties. Expanding preschool access in Indiana has been a key goal of lawmakers this session, including Holcomb.

Under the new $22 million plan, any of the state’s 92 counties are eligible to compete to become one of the 15 counties included in the expansion. Lawmakers say rural counties and places with a lack of high-quality preschool providers will be prioritized.

Under the new state budget, $1 million of the pre-K funding is dedicated to paying for online preschool for eligible families.

Maple and a coalition of pre-K advocates had originally hoped to see state-funded preschool reach all 92 counties in the state.

“We’re very encouraged by the additional investment the state is making in expanding access to pre-K, but we also recognize there are many more children without access,” Maple says. “We’re hopeful that our state leaders will continue to expand access.”

In a controversial move, students would automatically be enrolled in the choice scholarship program if they attend a private school preschool and wish to continue there in kindergarten. Tying the pre-K program to the voucher program motivated some Democratic lawmakers to vote against the measure.

“We’d like to see universal funding for early childhood education, but this poison pill of the voucher prevents me from being able to support this bill,” said Sen. Tim Lanane (D-Anderson) on the Indiana Senate floor.

The increase in preschool funding falls below what Gov. Holcomb and preschool advocates originally asked for.

Senate Republicans said they were wary of allocating millions more dollars to a state-funded pilot program that hasn’t been fully studied. 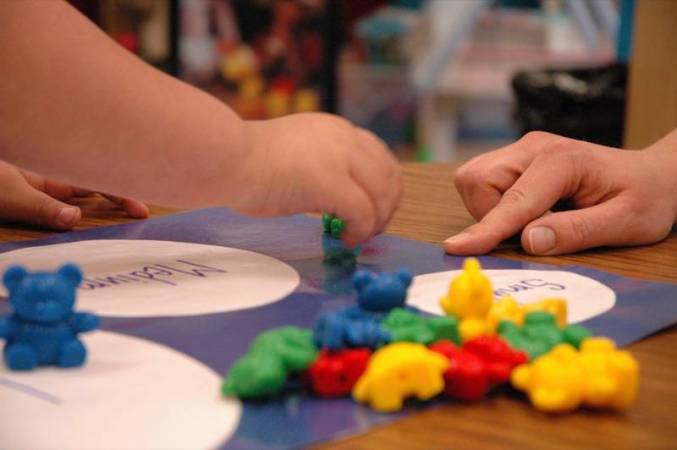 Tags:state-funded pre-K2017 legislative sessionpreschool expansion
Support independent journalism today. You rely on WFYI to stay informed, and we depend on you to make our work possible. Donate to power our nonprofit reporting today. Give now.

The Indiana Commission for Higher Education wants state lawmakers to rethink the formula for funding higher ed. But that proposal isnt being met with universal praise.
Read More