Honda HR-V: A Crossover For Soichiro

The company co-founded by Soichiro Honda was first a motorcycle manufacturer.  It was a formidable competitor on the racing circuit, but made its name with the rider-friendly Dream and Cub.  These bikes were not overly powerful, but ran like finely-tuned sewing machines that rewarded their owners with efficiency, utility, and longevity.  They seemed like friends.  That's pretty much the formula also employed with cars like the Civic, Accord, and every other Honda since.  I suspect Mr. Honda would love the 2016 HR-V.

Looking face-on, there's a connection to other Hondas through its big grille and high-set headlamps.  As with the new Pilot, there's no pseudo-SUV pretentions; the arching roofline, kicked-up rear windowline, and deep swooping side sculpting are all crossover.  Rear doorhandles are cleverly hidden in the C-pillar.  It looks expensive, tough, stylish, and undeniably Honda.

Stylists had their way with the interior too.  Unlike the over-wrought controls in Odyssey mini-vans, the HR-V packs a ton of technology in a fresh, user-friendly environment.  The fly-bridge center console with huge adjustable cupholders and shifter spans a lower storage area with USB port.  Almost everything feels expensive and upholstered with stitched faux leather.  Audio, navigation, and climate are controlled with a swipe-sensitive touchscreen above and glassy touchpad below.  I'd still prefer simple knobs for volume and tuning, but heated leather seats and sunroof accompany any climate.

Like the Fit on which it's based, the HR-V is packed with enough storage tricks to excite a tiny house maven.  Even with four aboard, there's enough luggage space.  Flip the rear seats and front seats to fit in a bicycle or surfboard.  Creative placement of the gas tank allows the rear seat bottom to flip up to haul large items across the floor.  Given the HRV's small footprint, it can swallow a cave's worth of stuff.

If ever there was a car in need of a good turbo, this is it.  It's not the 141 horsepower 1.8-liter four-cylinder engine that betrays it, but the continuously-variable transmission (CVT) and all-wheel-drive that zap the fun from anything that could have been fun.  Step into the throttle getting on the freeway and you'll think Zeus is in an epic battle with your power drill.  Only press the green "Eco" button if you want to numb the throttle and shift points to maximize fuel economy, which is rated 27/32-MPG city/hwy.

When not racing something as sprightly as, say, a mini-van, the engine churns out enough power to slip through traffic and maintain highway speed.  Despite their quirky noises, CVTs provide the perfect gear ratio for efficient driving.  In Honda tradition, the engine just purrs along.  Loaded up with peeps, mountains would be an "adventure", but four-wheel disc brakes keep it all under control.

Our vehicle was stocked like an Acura, but there's a heap of standard equipment on every HR-V.  Check no boxes for power windows with driver's auto up/down, CD player, USB, Bluetooth calling/streaming audio, 17" alloys, or rearview camera.

Soichiro Honda built high-revving motor bikes and compact cars.  None attracted fans through drenching power, but they offered value and a sense that people who love cars engineered them.  That's the spirit in which the HR-V was created and I'd like to believe Mr. Honda would approve.  The little zipper starts at a very affordable $19,115, but came to $26,720 as-tested.  For $21,000, you'd have a well-conceived car that's a comfortable companion for life's journey. 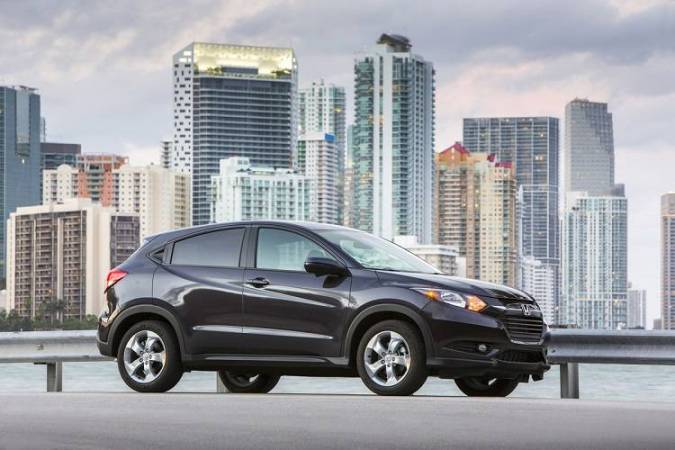 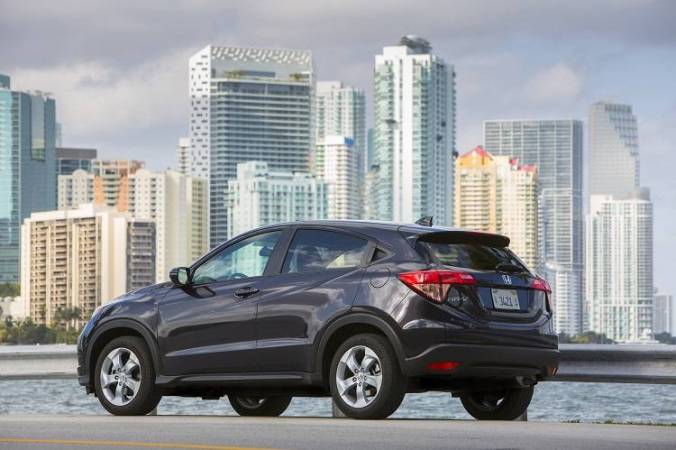 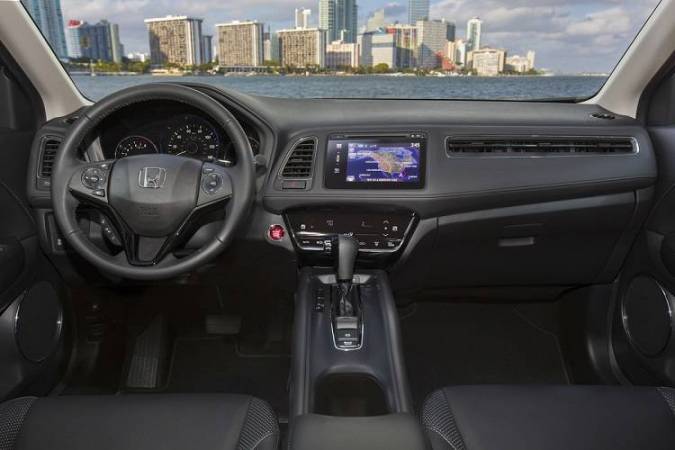 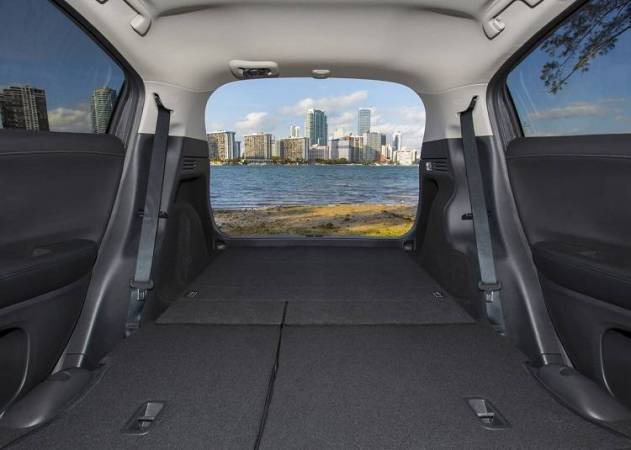 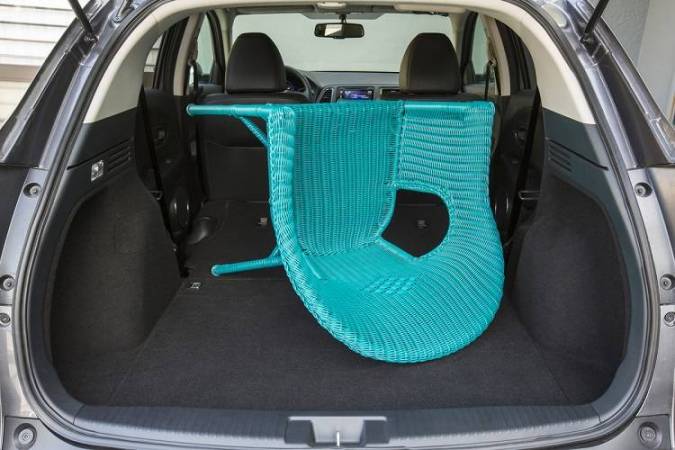 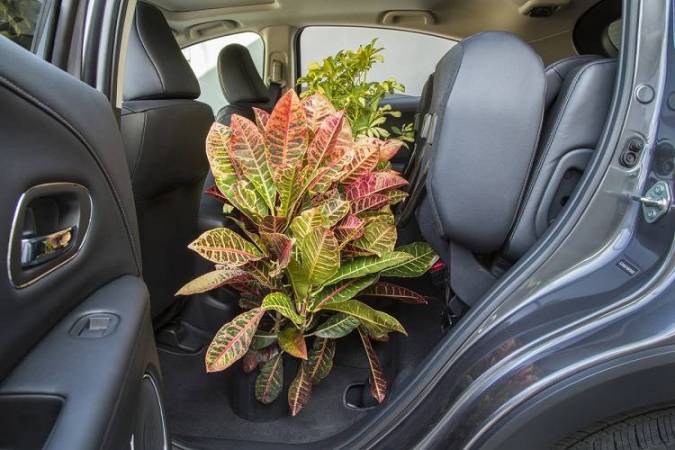 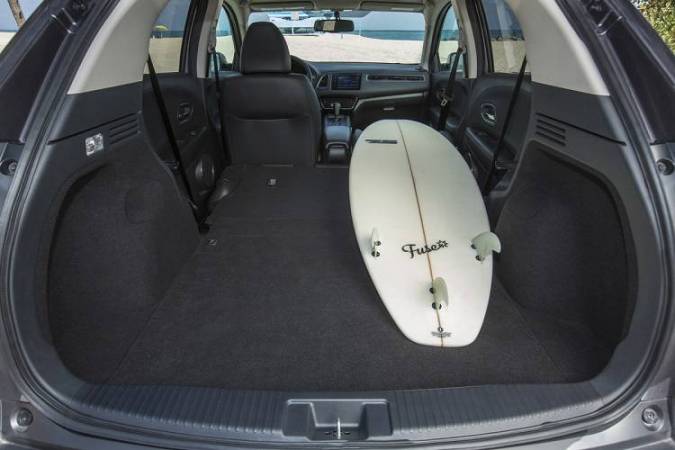 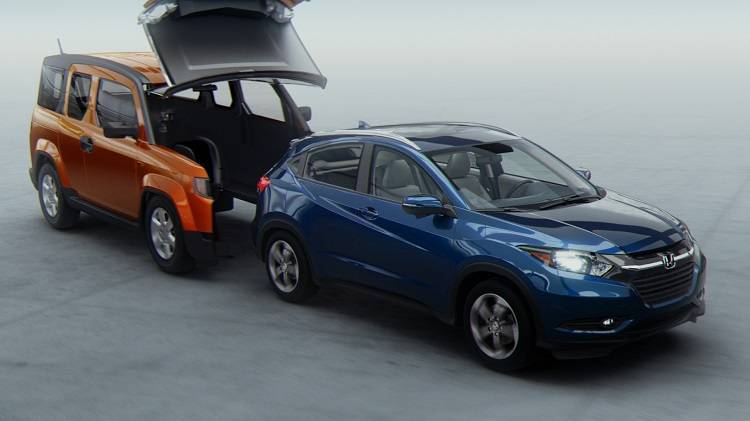 Tags:autoHondaHR-V
Support independent journalism today. You rely on WFYI to stay informed, and we depend on you to make our work possible. Donate to power our nonprofit reporting today. Give now. 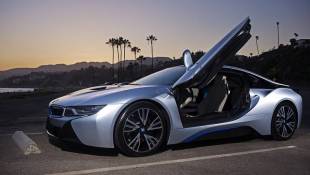 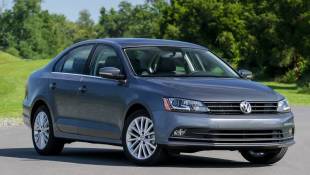 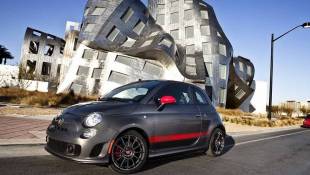 You probably think of the Fiat 500 as a cute little fuel-sipper that wears its Italian heritage on its fenders. And, that's mostly true. But, there's a more venomous 500 that sports a track-proven turbo engine, fortified suspension, and enough styling accoutrement to scare the ricotta outta your lasagna.