Indiana adolescents participate in Medicaid and children’s health programs at a significantly lower rate than their younger counterparts, according to data from the Urban Institute and the Robert Wood Johnson Foundation.

Of 13-to-18 year olds in Indiana who can receive Medicaid coverage, 83 percent are actually enrolled. That’s compared with 89 and 88 percent of kids 0-5 and 6-12, respectively. That 5 percent gap is standard across the U.S., although the national participation rates are higher on average.

The Urban Institute’s Genevieve Kenney says there’s no one reason for fewer Hoosier kids being covered, but says fewer health requirements for high school kids, compared with toddlers and kids in elementary school, may play a part.

“In the adolescent years, there may be less of a sense that coverage is needed on an ongoing basis,” she says.

Additionally, health problems may be less noticeable during adolescence. For instance, most 15-year-olds don’t throw a tantrum when they have an ear infection.

But Kenney says coverage is crucial because many health problems, particularly mental health issues, first manifest themselves during adolescence and young adulthood.

“It’s a point when ongoing surveillance could really payoff if health issues, both physical and mental, are identified,” she says.

Doris Higgins, Director of School Health Services at the nonprofit group Covering Kids and Families Indiana, says when kids are younger, schools and other organizations can educate families through outreach efforts aimed at parents.

She also says once kids get older, they might start worrying about the financial burdens of receiving health care. Even if they know they should be covered, they won’t mention it to their parents.

“By the time you’re talking about adolescents and high school students, for example, they might realize that something is not quite right,” Higgins says, “but they’re also ware enough at that point to understand what the family economics are.”

To help remedy the issue, Higgins says she’d like to see schools take the lead in educating teenagers about the specifics of insurance coverage.

She also says the more eligible parents enroll, the more likely it is they’ll enroll their children as well.

Tags:IndianaMedicaid
Support independent journalism today. You rely on WFYI to stay informed, and we depend on you to make our work possible. Donate to power our nonprofit reporting today. Give now. 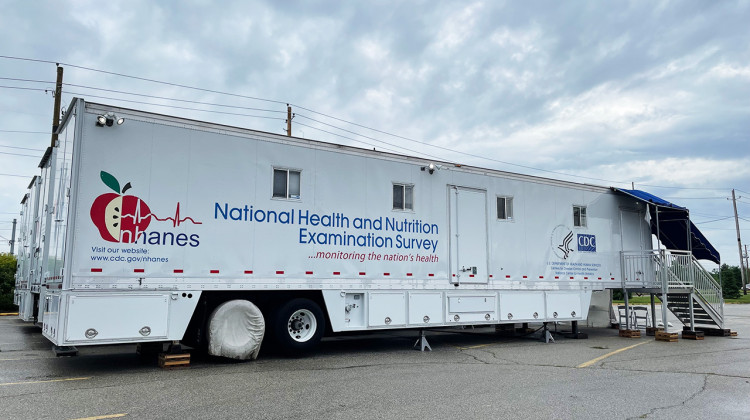