Harsh temperatures and snowy conditions aren’t the only things that Hoosiers have to brace for this winter – they may be paying more to fill up their gas tanks this year.

“All the geo-political situations, all the stuff in the middle east, Nigeria, Libya, Venezuela and even a small, like the protest in Iran, can lead to lead to a change in gas prices,” Bremmer says.

While unexpected disruptions in oil supplies could push the national average close to $3 per gallon, Bremmer says there are also possibilities for advantages.

According to GasBuddy’s 2018 Fuel Price Outlook, the yearly national average price for a gallon of gas will rise 18 cents to $2.57 per gallon – the highest since 2014 when the average was $3.34.

Tags:transportationThe Rose-Hulman Institute of TechnologygasolineGasBuddy
Support independent journalism today. You rely on WFYI to stay informed, and we depend on you to make our work possible. Donate to power our nonprofit reporting today. Give now. 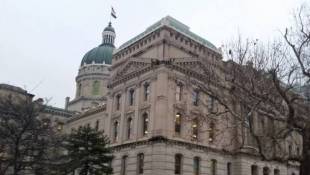