The Indiana State Police called attention to the danger today.

Pruitt says a child is in danger once their core temperature reaches 100 degrees.

The men stayed in the car with an outside temperature of 92 degrees. The car got up to 112 degrees in less than 20 minutes.

This is the third year the hot car demonstration has taken place.

“If we can save one life in this country because of this, then I’ll take this misery every day for the rest of my life,” Perrine says.

Pollard says the point is to start a conversation, and he was shocked how quickly he began to feel off.

“In 20 minutes in a hot car without the air conditioning on, I was actually surprised how quickly I got a headache,” he says.

So far this year, one Indianapolis child was reported dead from being left in a hot car. Pets and elderly are at high risk in hot cars as well.

Pruitt says these cases are often accidents, not due to negligence and people need to be more aware. 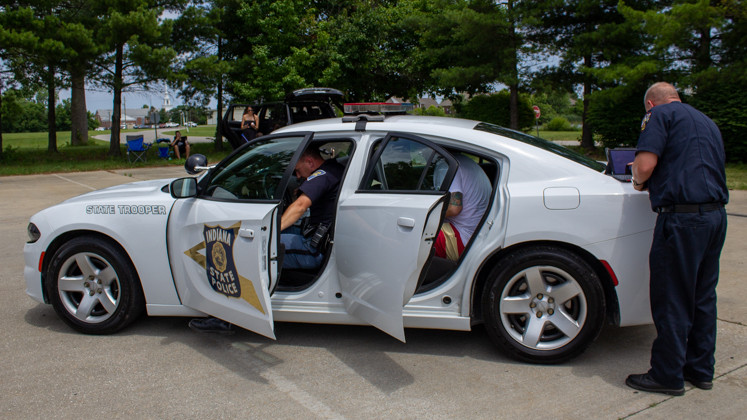 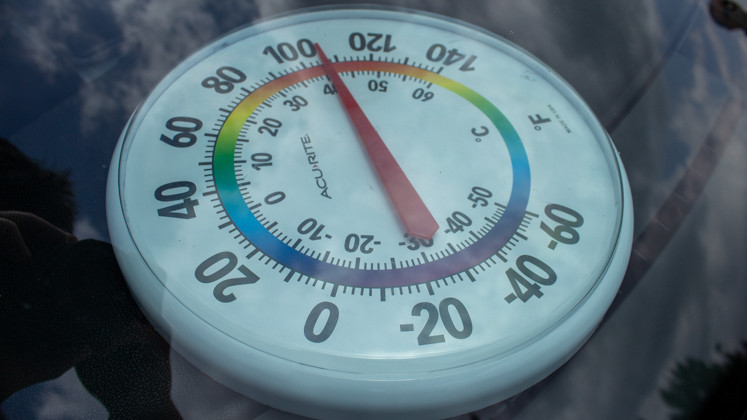 More than 400,000 Hoosiers would lose, on average, about 46 percent of their unemployment benefits under the proposed federal HEALS Act thats according to a recent analysis by The Century Foundation, a progressive think tank.
Read More

The Gold Medal was awarded to the ship's entire crew, living and dead, and will be displayed at the Indiana War Memorial Museum in Indianapolis.
Read More