The Indiana House voted Thursday to urge the federal government to loosen its grip on marijuana so the drug can be more effectively studied.

The federal government classifies marijuana as a Schedule I drug, on par with heroin and ecstasy – which makes it difficult to study. Rep. Matt Lehman (R-Berne) says his resolution pushes the feds to lower it to Schedule II.

Lehman says he recently talked about the issue with a former lawmaker who deals with a debilitating case of multiple sclerosis.

“He just said, ‘I want my pain to stop.’ That’s what I hope this resolution moves us towards and I want to go where the facts take us,” Lehman says.

Rep. Jim Lucas (R-Seymour) has become one of the chamber’s most ardent supporters of medical marijuana legalization. He says 29 states have decriminalized or legalized the drug in some way.

“Why we’re seeing the snowball effect of other states adopting it is because they’re realizing and they’re experiencing: hey, it’s not the boogeyman,” Lucas says. “The horror stories we’re hearing aren’t true.”

The House adopted the resolution 93-0.

Tags:medical marijuana
Support independent journalism today. You rely on WFYI to stay informed, and we depend on you to make our work possible. Donate to power our nonprofit reporting today. Give now.

For weeks, hospitals across Indiana have endured a surge of new COVID-19 cases. Once again, the strain has revealed systemic flaws.
Read More 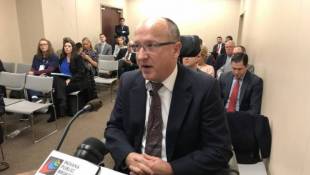 The unanimously-approved bill takes a simpler approach to authorizing CBD's use.