The House has narrowly approved a $1.4 trillion tax overhaul, clearing the first major hurdle in Republican attempts to cut taxes and rewrite the tax code.

Of Indiana’s Congressional delegation, all seven Republicans voted in favor while the state’s two Democrats were opposed.

As NPR reports, that mirrors the national vote:

The vote was almost along party lines, with no Democrats voting in support of the bill and some GOP defections over provisions in the measure that would eliminate important tax deductions taken by constituents in some high tax states.

“Hardworking Hoosiers send too much of their hard-earned money to Washington and spend too much time figuring out their taxes,” Walorski said in a statement. “Today we are one step closer to changing that.”

“In Indiana, we have seen the transformative effect that tax reform can have on economic growth, job creation and investment,” Banks said in a statement. “Today’s historic vote is about turning around our economy and securing the American dream for the next generation. Tax reform will lead to more jobs, bigger paychecks and Hoosiers keeping more of their hard-earned money.”

The House just passed a historic tax reform bill. It has been 31 years since the last major overhaul of our tax code, and we desperately need a fairer and simpler tax system. Tax reform will lead to more jobs, bigger paychecks and Hoosiers keeping more of their hard-earned money. pic.twitter.com/AtrUxaXEFV

“Time to keep our promise to the American people,” Rokita said in a Tweet. “House tax reform proposal is a boost for all Americans.”

Encouraged by our @POTUS to pass historic #TaxReform through the House of Representatives today pic.twitter.com/GXNVaxKNrc

“Today is a huge victory for working Americans. The tax cut plan the House passed will deliver more jobs, fairer taxes and a bigger paychecks for Hoosier families,” Messer said in a statement. “Now, the U.S. Senate needs to act, prove to the American people it can get something done, and keep its promise to Hoosiers.”

Exciting to have a front row seat to history today as @realDonaldTrump champions the biggest tax cut in American history! pic.twitter.com/jiethJwgj4

HAPPENING NOW: On my way to the House floor to vote NO on the #GOPTaxScam bill. #HR1%

“The bill that passed today puts large corporations and the one percent ahead of sick Americans, students, teachers, veterans, seniors and the estimated 47.5 million Americans who will see a tax increase by 2027,” Carson said in a statement. “If that isn’t enough, the bill leaves our children and grandchildren to pay off over $1.7 trillion in new debt.”

“Hoosier families and businesses want and deserve a tax code that is fairer, flatter, simpler, and protects American jobs and paychecks,” Buschon said in a statement. “This is exactly the reform that the Tax Cuts and Jobs Act will deliver.”

What’s in the plan and what’s next?

As NPR reports, the Senate is considering its own, different tax overhaul, which is still in committee:

In recent days, it has been altered so that tax rates for individuals would be reduced only temporarily, while corporate tax rates would be cut permanently. Wisconsin Sen. Ron Johnson said he’s against the bill in its current form because the cuts that would be temporary would also impact small businesses that pay their taxes through individual rates.

The Senate bill would also now include a provision to zero-out the individual mandate penalty, one of the pillars of the Affordable Care Act. Sen. Susan Collins, R-Maine, expressed reservations over this move. She is one of the Republicans who blocked efforts to repeal Obamacare this year.

GOP leaders, prodded by the President, hope to agree on and approve a final tax bill by the end of the year, and show voters a major accomplishment in the first year of their majority since they failed repeatedly on health care.

Republican Sen. Todd Young is likely to vote in favor of the proposal.

Democratic Sen. Joe Donnelly is under a lot of pressure from Trump and Vice President Mike Pence to support it; Pence has traveled to Indiana twice to tout the plan.

Donnelly has said he will carefully review the plan and stay engaged with his colleagues.

Tags:tax reform
At WFYI, our goal is to cover stories that matter to you. Our reporting is rooted in facts. It considers all perspectives and is available to everyone. We don't have paywalls, but we do need support. So if unbiased, trusted journalism is important to you, please join us. Donate now. 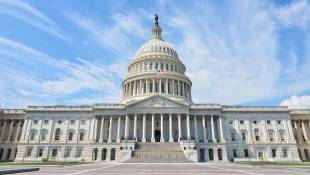 The GOP measure would sharply reduce corporate tax rates and double the standard deduction many individuals take. Senate Republicans have their own bill, which could pass a committee vote on Friday. 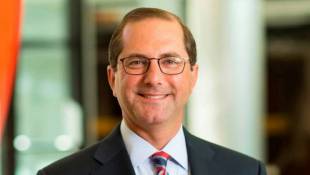 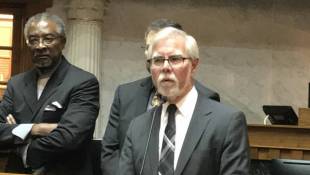 Indiana Senate Democrats will push for several ideas in the 2018 legislative session they've tried to advance before. 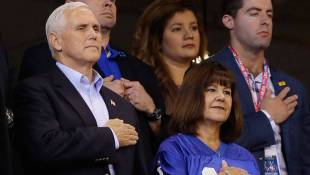 The former Indiana governor left the Indianapolis Colts game when about a dozen San Francisco 49ers players took a knee during the anthem.