Legalized Sunday alcohol carryout sales in Indiana seem a near certainty after the House approved legislation to make that change Tuesday.

That comes just one day after the Senate passed its own, identical version of the bill.

And like on the Senate floor, there was no debate or discussion of the House measure after its author, Rep. Ben Smaltz (R-Auburn), presented it.

“So I’ll tell you, one of the most dangerous things I’ve ever heard at the Statehouse is ‘This is a really simple bill.’ But this one really is,” Smaltz says. “It’s as simple as, if you sell it Monday through Saturday, you can sell it on Sunday from noon to 8 [p.m.].”

One of the chambers’ identical bills will have to pass through its opposite house before the measure can go to the governor’s desk.

Tags:Sunday carryout alcohol sales
At WFYI, our goal is to cover stories that matter to you. Our reporting is rooted in facts. It considers all perspectives and is available to everyone. We don't have paywalls, but we do need support. So if unbiased, trusted journalism is important to you, please join us. Donate now. 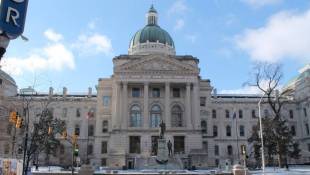 A Sunday alcohol sales bill has never so much as passed a Senate committee before this year, let alone the whole chamber.
Read More