How Are Doctors Combating The Anti-Vaccination Movement?

As the school year begins, parents are checking off things they need to do, including making sure their children get required vaccines.

But some parents are opting out, and last year that led to the worst measles outbreak the U.S. has seen in more than two decades. Now, doctors and nurses are working to get more children vaccinated.

At the Jackson County Health Department in southern Ilinois, public health nurse Tracy Thomas explains the vaccine schedule to Germyrha Crook, noting the three vaccines her older daughter will be getting. Crook brought her two children in to get their shots before school starts. The girls play quietly, unaware of why they're here.

They're among the families trying to beat the state's deadline for immunizations against measles and other diseases. The department had a rush in the days before school started, and expects another in early October, Thomas says.

"There is an October 15 deadline that they should have their vaccinations. Otherwise, they would have to get a religious exemption from their physicians," she says.

Only five states in the U.S. ban non-medical exemptions for vaccines. The rest allow parents to opt out for personal or religious reasons.

Crook worries about parents who don't vaccinate their kids, "because then they can cause my kids to get sick." She has never been concerned about the safety of vaccines and knows they're important for her children's health.

Her 5-year-old daughter Chloe has other worries. Despite efforts to distract her, she screams during her shots. Four-year-old Jade tries her best to stay quiet and not cry.

Parents who opt out of vaccines generally are basing their fears on a debunked study from 1998 and anecdotes of vaccine injuries, which rarely occur. Thomas says health department staffers do their best to let parents know vaccines are safe.

"[We] try to tell them, you know, reassure them that we've given lots of shots, haven't seen any bad things, give them the vaccine information statements," she says.

Dr. Jeff Ripperda is a primary care physician in Jackson Co., not far from the health department. He says that people who flat-out refuse vaccines are rare. But he sees a lot of people who have concerns.

"It's a fairly regular occurrence in my practice, and I presume this is true for most physicians who do primary care, pediatrics," he says.

When enough people don't vaccinate, an entire community is put at risk of an epidemic. Vaccines create what is commonly known as herd immunity -- or what Dr. L.J. Tan of the Immunization Action Coalition prefers to call community immunity.

"So what happens when you vaccinate is that you take out a certain percentage of the population from actually being able to get infected," Tan says. "Then they contact two people, but both those people have been vaccinated, the infection stops, it doesn't go anywhere else."

Tan says that with a highly infectious disease like measles, communities need at least a 90 percent vaccination rate to be protected.

But some entire states are below that threshold. Even when the state rates are sufficient, individual schools may not be.

And that makes it easier for illnesses to spread to people who can't be vaccinated. They might be undergoing chemotherapy or be on steroids for asthma. Or they might be too young for certain vaccines.

"We live in a community with standards that we respect and protect the vulnerable in our communities," Tan says.

Illinois and some other states make vaccine data publicly available, allowing parents to see where their school district falls. If school rates are low, Tan says parents can pressure the administration or other families to try to raise them.

Tan says one tactic he's seen work is for parents to share information about vaccination rates at their school and what a low rate means for the community. That can help push reluctant parents to get their children vaccinated.

Ripperda handles reluctant families a different way. He's found that facts may not sway people, but stories do. He recalls a 29-year-old patient who nearly died from flu complications.

Ripperda says, "I actually had him on a ventilator in the ICU, and I called his young wife and he had two young children at the time, and said, 'I don't think he's gonna make it. If you have any family who wants to come and see him before he passes, I think you need to make that happen right now.'

"He survived. He was in the hospital for almost two months. He walked with a walker and had to wear oxygen for a year and a half after that. Because he got the flu."

When all else fails, Ripperda stays firm. If parents don't want to vaccinate, they need to find a new doctor.

He says, "And if somebody wants to come and see me, but they're not going to permit me to do what I think is the single most beneficial thing that I can do for their kids, then what's the point of having a relationship with me?"

Tags:vaccines
Support independent journalism today. You rely on WFYI to stay informed, and we depend on you to make our work possible. Donate to power our nonprofit reporting today. Give now. 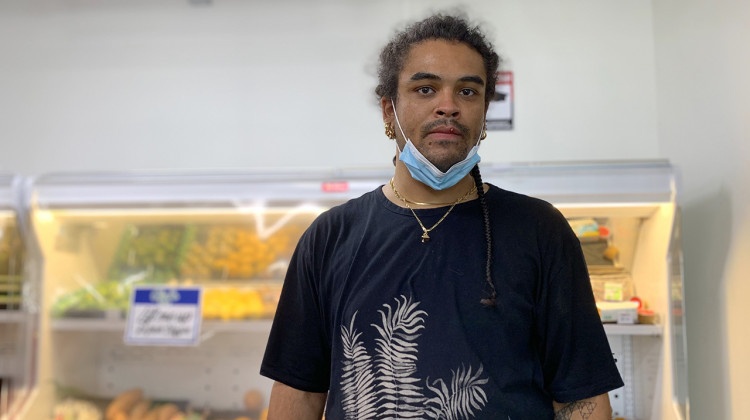 Some Americans are taking on multiple jobs yet still struggling to make ends meet, and that is affecting their health and well-being. Researchers say low-quality, precarious employment is to blame, and it's disproportionately impacting African Americans and other minority populations.
Read More 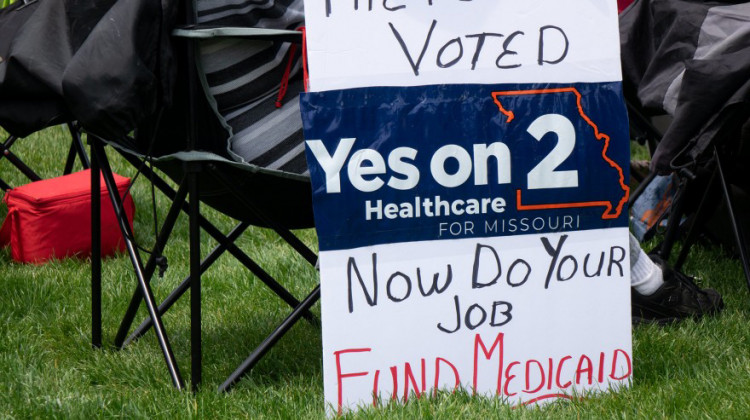 Medicaid expansion has been a contentious issue across the U.S., and in Missouri, battle lines are drawn at the highest levels of government.
Read More 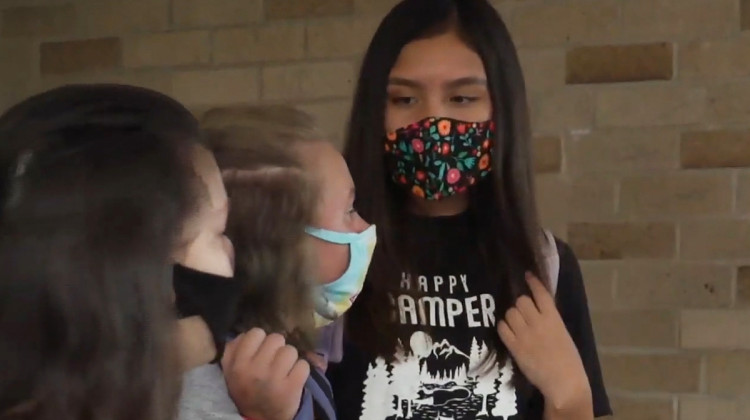 Are COVID-19 Vaccines Safe For Kids? Here's What You Need To Know