How This Rural Hospital Operates In The Red And Stays Open 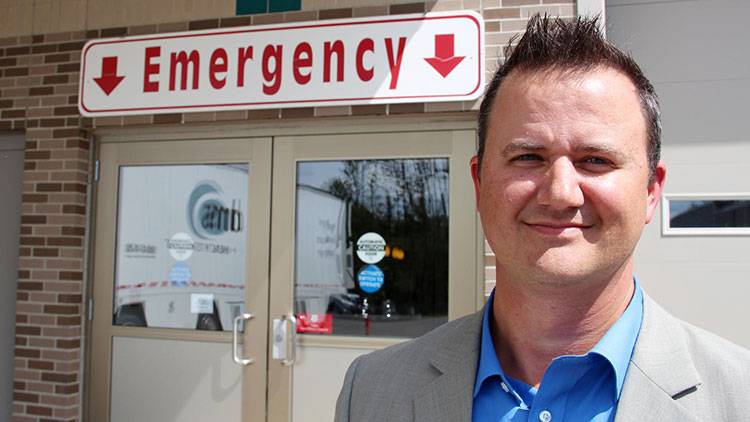 Some of the country’s most profound health care challenges are playing out in rural areas struggling with populations that are relatively older and sicker. This is the story of a Minnesota hospital that’s become accustomed to operating in the red.

Not since 2006 has the Bigfork Valley Hospital taken in more money than it spent on care. Despite the non-stop financial losses, it continues on.

“This is a secure unit with an open concept,” Saude says.

It feels like a homey lodge, open and airy.

“A resident who wants to wander can do that endless without hitting the end of a hallway and getting kind of confused,” Saude adds.

Located in a remote area of northern Minnesota, Bigfork, population 445, is the smallest town in the state with a hospital.

And operating in the red has been a way of life here.

Opposite the memory care unit, the emergency room sits idle, but it’s staffed up and ready. Saude says the ER is not a money-maker, but is a critical service.

“It’s so important for our community and also for tourists when they get a fishhook in their hand or have chest pains," Saude says.

The closest hospital is more than 40 miles away. Getting there, especially in the depths of winter, can be a harrowing trip.

Dr. George Rounds, says if the Bigfork hospital ever shut down some critically ill people might not survive the ride.

“There’s a thing called the Golden Hour," Rounds says. "If you don’t get to the hospital within that Golden Hour, your chances of survival are significantly less.”

Newly published research from the University of Washington indicates there’s a significant increase in the death rate for time sensitive health problems in rural areas after a hospital serving the region has closed.

Bigfork Valley Hospital is owned by a special unit of government called a hospital district. It has taxing authority throughout a 1,500 square mile region, because more than a dozen local governments agreed to join the district.

Dr. Rounds, who retired after nearly 40 years at the hospital, now chairs the district board and has a front row view of the ongoing financial struggles.

“We’ll keep limping along as long as we can,” Rounds says.

Patients are less likely to have insurance that covers the cost of care. The Minnesota Hospital Association says more than one in four Minnesota hospitals lose money on operations, most of them in rural parts of the state.

“Is healthcare going to go away from rural America? No." Zismer says. "But it’s probably going to continue to change, pretty dramatically.”

Like other remote hospitals, Bigfork Valley gets somewhat more generous payments from Medicare, but Rounds says they still lose money on Medicare patients.

The hospital district recently doubled its levy effective this year, but it’s not enough. Rounds says the area can’t sustain a tax increase large enough to make up for all of the losses.

The hospital is able to keep its doors open amid the losses by spending money intended for maintenance and equipment.

With more than 200 people on its payroll, Bigfork Valley Hospital is the biggest employer in town. It is also a prized asset here.

Seventy-one-year-old Mike Kocian’s family has owned the grocery store in Bigfork all his life.

“We just love our hospital," he says. "We think so highly of our doctors. We’re so proud of our facility.”

Kocian says if the hospital shut down, it would trigger a downward spiral for the local economy.

“It’s a tremendous asset to not only Bigfork, but all the surrounding communities."

Still, Saude says the status quo is not sustainable. “We need to do something to turn it around. Within five years we could be in trouble."

Saude says the hospital may have to surrender its independence and join a larger system. Given the demographic and economic trends challenging independent rural hospitals, affiliation may be the best option for many.

This report is part of a collaborative project titled Seeking a cure: The quest to save rural hospitals. It includes the Institute for Nonprofit News and INN members IowaWatch, KCUR, Bridge Magazine, Wisconsin Watch, Side Effects Public Media and The Conversation; as well as Minnesota Public Radio, Wisconsin Public Radio, Iowa Public Radio, The (Cedar Rapids, Iowa) Gazette, Iowa Falls Times Citizen and N'west Iowa Review. The project was made possible by support from INN, with additional support from the Solutions Journalism Network, a nonprofit organization dedicated to rigorous and compelling reporting about responses to social problems. For more stories visit hospitals.iowawatch.org.

Tags:rural hospitalsrural health carehealth care costs
Support independent journalism today. You rely on WFYI to stay informed, and we depend on you to make our work possible. Donate to power our nonprofit reporting today. Give now. 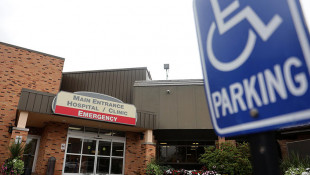 How One Wisconsin Hospital Was Saved Amid Rural Health Crisis

To survive, Wisconsin's rural hospitals are consolidating, getting creative about doctor recruitment and tapping new segments of the medical market. 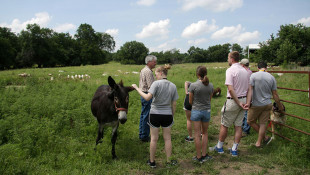 To help address a shortage of medical professionals, a University of Missouri program immerses future doctors, pharmacists, nurses and other health workers in small-towns. 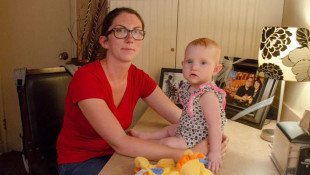 To avoid closing, some hospitals have cut services, including labor and delivery units. That's had a big impact on small Iowa communities. 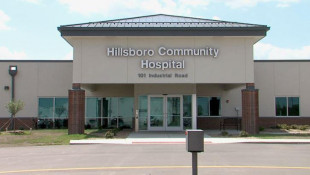 How A Kansas Hospital Survived Multiple Owners And Bankruptcy

As rural hospitals struggle to break even, one financially troubled Kansas institution sought salvation in the wrong place before turning things around.