After intense public backlash, the Hamilton Southeastern Schools board of trustees reversed course to include gender identity and sexual orientation into its non-discrimination policy. The policy was passed 5-2.

Hundreds of people in red t-shirts filled the board room, a hallway, and overflow room at the HSE central services building Wednesday night. Some people also gathered in a nearby elementary school to watch a live video stream of the meeting.

Last month, the school board rejected this policy 4-3. At that same meeting, board Vice President Sylvia Shepler described a rise in openly transgender youth a trend. She also called it a symptom of underlying mental health issues.

Shepler’s comments sparked intense public outcry and the creation of community group HSE Equal. Nearly all of the public commenters -- including a therapist, episcopal priest and pediatritian -- spoke in favor of adding this language.

After the vote, HSE board President Mike Bottorff says hate has no place at their schools. He says respect should also be extended to the board members who voted against the added language.

“While deliberating this issue, members of this board have received death threats. Many community members endeavoured to shame -- via email or social media -- to shame board members into taking a certain position,” Bottorff says. “These are not the actions of an inclusive community. We can and must do better in talking to each other regarding divisive issues.”

Fishers High School sophomore Tasmin Crosby tearfully spoke in favor of the language. She says she hopes it will stop the harassment she’s faced as a lesbian.

“I don’t care if you’re conservative or not,” Crosby says. “I just want everyone feel comfortable in a system where they just want to learn.”

Curt Smith, president of the Indiana Family Institute, a conservative social group that lobbied for the 2015 Religious Freedom Restoration Act, encouraged the board to include a conscience clause in the policy.

This would protect students or teachers from taking part in acts they morally disagree with -- such as using a student’s preferred pronoun.

Board member Amanda Shera proposed a conscience clause calling it a “middle ground.” But the amendment failed.

Several board members are up for re-election in the 2020 election. HSE Equal organizer Sarah Lewis says that member’s votes will weigh on the mind of voters.

“I feel as though there’s strong likelihood that it will be contentious,” Lewis says.

Bottroff said this policy will add to a growing number of social-emotional learning and mental health programs the district has provided students. 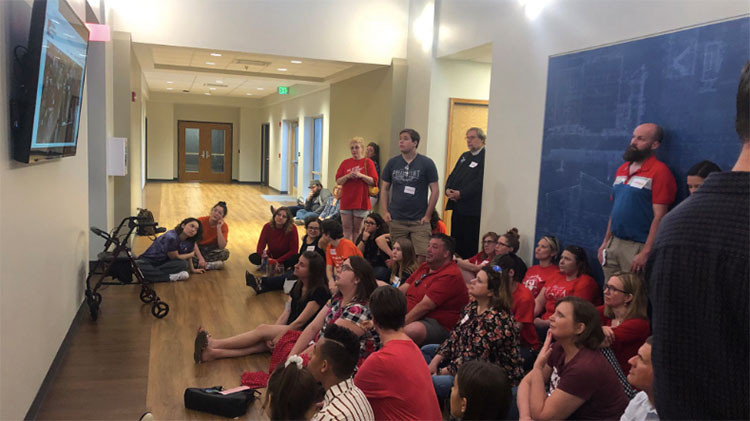 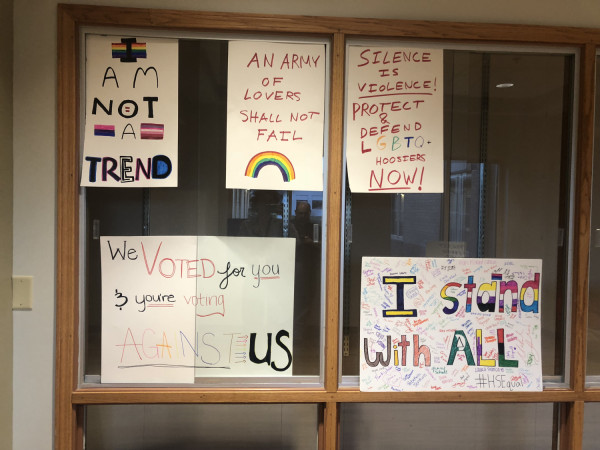 Tags:Hamilton Southeastern schoolsHSEsexual orientationgender identitytrangenderschool board
Support independent journalism today. You rely on WFYI to stay informed, and we depend on you to make our work possible. Donate to power our nonprofit reporting today. Give now.