More than 200 people gathered at the Indiana Statehouse Saturday for the Crossroads of Democracy rally. The rally combined a Youth Voices Matter rally with events from Nasty Women Indy and the Women’s March to amplify underrepresented voices — including women, young people and racial minorities.

Georgia Squire-Willey is 12-years-old and spoke at the event. She says it is important for young people to know they can take part in social change.

“I just want them to know that people can be young leaders and that you can be who you are at any age,” Squire-Willey said.

Many women attended the event as part of the national Women’s March. Samantha Green attended the rally to protest injustice for women and racial minorities.
“I care deeply about those people and I’ve seen how our current justice system is not supporting them in the way that they should," Green Said.

Many played music and art as examples of ways people can also express their views. 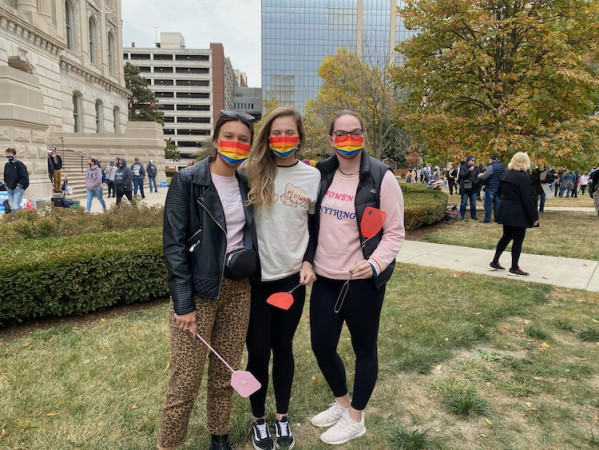 Tags:social justiceWomen's MarchYouth Voices Matter2020 election
Support independent journalism today. You rely on WFYI to stay informed, and we depend on you to make our work possible. Donate to power our nonprofit reporting today. Give now.