I-69 Section 6 Underway In Martinsville 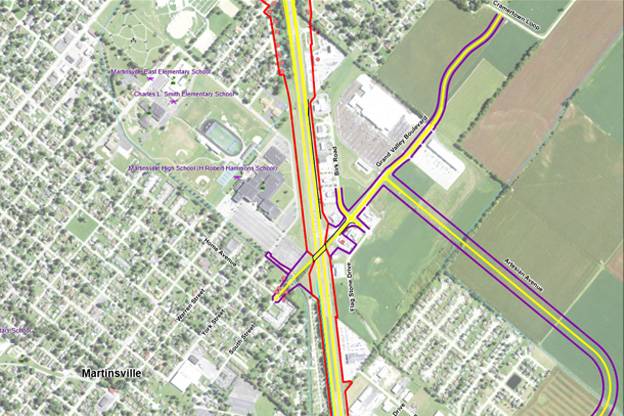 
Indiana transportation officials say the next phase of I-69 construction is underway.

Workers are clearing trees and placing erosion control to build a new bridge and roadway in Martinsville.

Construction is part of I-69 Section 6 that links Martinsville to Indianapolis. The route will run along existing State Road 37.

The first step in the project will connect South St./Home Ave. near Martinsville High School to Grand Valley Blvd. and Cramertown Loop with a bridge over 37.

Indiana Department of Transportation spokesperson Scott Manning says crews started working Monday and should be done with this phase of construction by November.

“There will not be any major traffic impacts or road closures associated with this 2019 portion of the project,” Manning says.

But future plans may include closing State Road 37 in 2021 to convert that portion of highway to interstate standards.

Manning says workers are also still finishing up I-69 section 5 through Bloomington.

“Landscaping and also some right of way fencing, most of that has been installed, but we’re finishing up that also,” he says.

Reconstruction of the State Road 45/46 bypass interchange is going out for bid in April and will be under construction after IU commencement in late May.

Manning says that project will replace the concrete and asphalt pavement on the ramp system as well as the approachments of the I-69 bridge.

He says INDOT recently completed replacing all interchange lighting with LED lights. The partial exit ramp off I-69 to South Walnut Street will not have lighting.