IDOE: Indiana Schools Closed For Flu No Cause For Concern

IDOE: Indiana Schools Closed For Flu No Cause For ConcernSeven Indiana schools have closed due to the flu, so far. And several others are reporting high absentee rates. But state education officials say there's no cause for concern. urlflu, Indiana State Department of Health, Indiana Department of Education2020-01-29T00:00:00-05:002020-01-29T00:00:00-05:00
Unable to load the audio player.
You could try direct download?
playpausemuteunmute
Original story from   IPBS-RJC

Seven Indiana schools have closed due to the flu, so far. And several others are reporting high absentee rates. But state education officials say there’s no cause for concern.

Adam Baker, spokesperson for the Indiana Department of Education, says this is normal for this time of year.

“So, we have not seen anything that is astronomical,” Baker says. “Any increase that would, you know, cause grave concern across the state.”

Baker says schools in Indiana must report student absences greater than 20 percent to the Department of Education and the local health department.

“We get involved to sort of discuss what are some next steps, what are some possibilities?" Baker says. “What is the illness you’re seeing, what is keeping the kids from being absent?”

Baker says several of the schools that have closed have smaller populations, so a 20 percent absentee rate is more likely. He says closures are necessary to contain the illness and disinfect the school.

Schools that closed are spread around the state and include all grade levels.

Tags:fluIndiana State Department of HealthIndiana Department of Education
At WFYI, our goal is to cover stories that matter to you. Our reporting is rooted in facts. It considers all perspectives and is available to everyone. We don't have paywalls, but we do need support. So if unbiased, trusted journalism is important to you, please join us. Donate now. 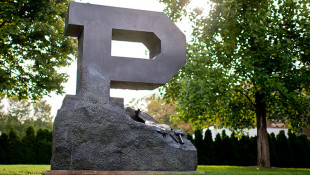 According to a statement, the Tippecanoe County Health Department informed the university of the positive case Monday. The student, who is based on the school's West Lafayette campus, is currently in Marion County.
Read More 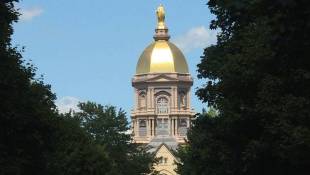 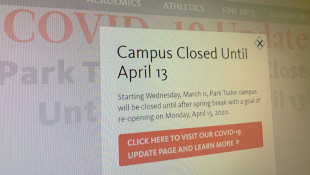 Park Tudor Will Be Closed Through April 13

No one at the school has been diagnosed with COVID-19, but a parent has recently been in close proximity to someone who has tested positive for the illness.
Read More