Brittany King was glad she made the trip from Vice President Mike Pence’s hometown for the Women’s March in Indianapolis.

“I’m here to support women,” said King, an organizer of Black Lives Matter in Columbus, Ind. “I’m against Trump and Pence and everything they stand for, and I wanted to stand up for my fellow women,” she said.

Organizers estimate that more than 10,000 people filled the area around the Indiana Statehouse Saturday – one of 600 “sister marches” in cities around the U.S. and the globe to protest the policies and rhetoric of new President Donald Trump.

Washington, D.C. officials estimated that 500,000 people attended the main Women’s March on Washington – a crowd that far exceeded expectations and prompted organizers to call off plans to march toward the White House.

At the D.C. rally, feminist leader Gloria Steinem described the worldwide mobilization as "the upside of the downside: This is an outpouring of energy and democracy like I have never seen in my very long life."

"Sometimes we must put our bodies where our beliefs are," she told the Washington crowd, labeling Trump an "impossible president."

In Indianapolis, the mood and message was much the same, with speaker after speaker calling on the crowd to work against the new Republican president’s agenda on issues such as immigration, climate change, reproductive rights, racial justice and LGBT rights.

Activist and rally emcee Keith Potts marveled at the diversity of the Indianapolis crowd.

Many at the rallies wore hand-knit "pussyhats" — a message of female empowerment aimed squarely at Trump's crude boast about grabbing women's genitals.

They also carried signs with messages such as: “Women’s Rights Are Human Rights” and “We Will Not Be Silenced.”

The idea for the women’s march took off in the hours and days after Trump’s election in November.
Terri Siler was the volunteer office manager for the Hillary for Indiana campaign. She wanted to turn her disappointment and anger into action, and soon began trying to organize the Indianapolis event.

“I just thought, ‘I’m just not going to let this man (Trump) suck the energy out of me,” Siler said.

The group that organized Saturday’s march in Indianapolis has also formed a political-action committee, Hoosiers for Action, and aims to raise money for young people aspiring to run for local political office.

“This has to be a call to action. This can’t be a one-shot deal,” Siler said. "Ultimately -- and it's probably going to take 10 years -- my hope is that we'll get more Democrats into legislative positions in Indiana ... You've gotta get out there and play the game if you're going to win."

WFYI News' Jake Harper, the statehouse file and The Associated Press contributed to this story. 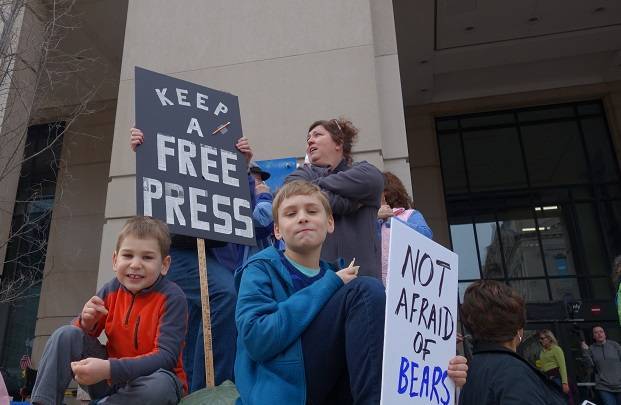 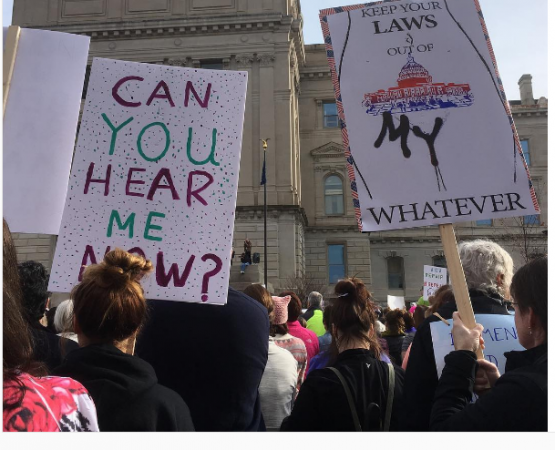 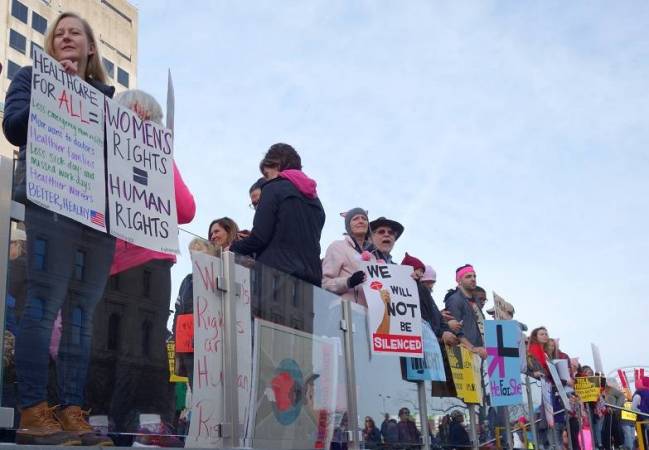 Tags:Mike PenceDonald TrumpHoosiers for ActionWomen's MarchTerri Siler
Support independent journalism today. You rely on WFYI to stay informed, and we depend on you to make our work possible. Donate to power our nonprofit reporting today. Give now. 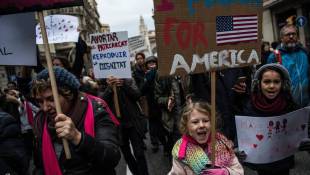 Women's March On Washington Goes Worldwide: Snapshots From Around The Globe

Sister marches have been organized in all 50 states, including Indiana, and in countries around the world. They have been organized to express solidarity with the aims of the original march: opposition to President Trump's agenda, and support of women's rights and human rights in general. An estimated 500,000 people are attending the march and rally on Washington, D.C.