Against the backdrop of a statewide nursing shortage, Purdue University has plans to double its nursing school enrollment, increasing its annual class size by 100 students.

“We need a pipeline that’s going to produce enough nurses not only to replace the nurses that are retiring,” he says, “but also to meet the increased demand for healthcare services.”

Miley says Indiana schools alone turned away more than 2,000 applicants in 2013 because they didn’t have enough spots.

“It’s certainly not about not having enough people interested in going into nursing,” he says. “Nursing schools across the country turn away thousands and thousands of applicants who are qualified every year.”

That’s a problem, he says, because where a student goes to school is a good indicator of where he or she will end up working.

Purdue School of Nursing Head Jane Kirkpatrick says currently, there aren’t any incentives baked into the increased enrollment, but agrees with Miley that increasing the seat count at nursing schools is a good start.

“Historically 60 to 70 percent of our graduates stay in Indiana,” says Kirkpatrick. “And a large number of them are from Indiana, so this is definitely a way of meeting our state’s needs.”

“I have thought about staying in Indiana,” she says. “I’ll probably will be moving a few years after getting my career established.”

Until then, Indiana will have to wait—Cadogan says for now, she’s taken a job at Chicago’s Northwestern Memorial.

The school will be adding 36 new faculty over the next four years, in part to staff its forthcoming nursing phD program which launches in the fall.

Tags:Purdue Universitynursingnurse shortageIndiana State Nurses AssociationPurdue School of Nursing
Support independent journalism today. You rely on WFYI to stay informed, and we depend on you to make our work possible. Donate to power our nonprofit reporting today. Give now. 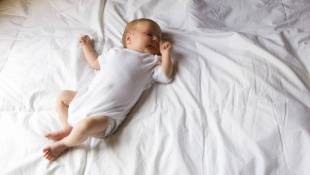 Infants should sleep in the same room as their parents for the first six months of their lives, and ideally, the entire first year. That's a key recommendation from the American Academy of Pediatrics.