Christopher has been struggling with addiction since he was 14. He uses heroin, and he says things have been hard since the COVID-19 pandemic began.

"We cleaned libraries and they closed the library down and that kind of put me out of my living arrangements," he says. "So I had to move in with a friend of mine, and I’m staying in his basement, and it’s a kind of stressful thing on me and him."

Side Effects is not using Christopher’s last name to protect his privacy. He says about a month ago he was trying to get into treatment, but he hasn’t been able to find a counselor who would meet up with him during the pandemic to get the process started.

"It’s like a real bad let down," he says. "Kind of turned the page a little bit and made me want to just not even think about it."

While the pandemic has changed everyone’s lives, the disruption to normalcy can be disastrous for people dealing with drug addiction.

Christopher uses Safe Point, Central Ohio’s only needle exchange program. And Safe Point has been busier than normal in the past month, with about 100 people visiting each day they’re open.

"We’re seeing a lot of people coming through safe point who are needing our services right now, and we’ve seen an increase of around 30 folks a day who are new," says Dwayne Steward, director of prevention at Equitas Health, which runs Safe Point.

Steward says people have been respectful of social distance while waiting in line outside Safe Point.

Research shows unemployment can make someone more likely to develop a dependency on drugs and trigger relapse.

"Connection is kind of the opposite of addiction," says Myles Stickle, director of behavioral health at Equitas. "So with the isolation that comes with quarantine, there’s just that much more of an opportunity for people to kind of fall back into old behaviors and for the disease of addiction to take over."

Since the pandemic hit, Equitas has moved all its therapy appointments to telehealth. Stickle says clients have lost church, socializing or sports, and need to come up with a new way to find support during the pandemic.

"There are the folks who are relapsing and are struggling because a lot of the supports and structures they’ve had in place haven’t been available," Stickle says. "And then a fair amount of people who are trying to avoid relapse."

Central Ohio already has one of the highest overdose death rates in the state: while many counties saw that number drop last year, overdose deaths rose in Franklin County.

From January to April 15, there was a 50% increase in fatal overdoses in Franklin County. Sixty-two people died of overdoses in April alone, and many were younger than the average age seen in 2019, according to the coroner's office.

Roberts says that usually when there is an increase in overdose deaths, there is a corresponding increase in EMS runs and ER visits for overdoses. But during the pandemic, she says that’s not the case.

"In almost all the situations of the deaths, the person was using alone," Roberts says. "Which would be consistent with the stay-at-home order and the anxiety that some people are facing when they’re spending so much time alone."

Columbus Public Health is trying something new to reach people struggling with addiction at home. In the last three weeks, the department has mailed out 250 Narcan kits in hopes of slowing overdose deaths.

Tags:addiction treatmentcoronavirusCOVID-19
Support independent journalism today. You rely on WFYI to stay informed, and we depend on you to make our work possible. Donate to power our nonprofit reporting today. Give now. 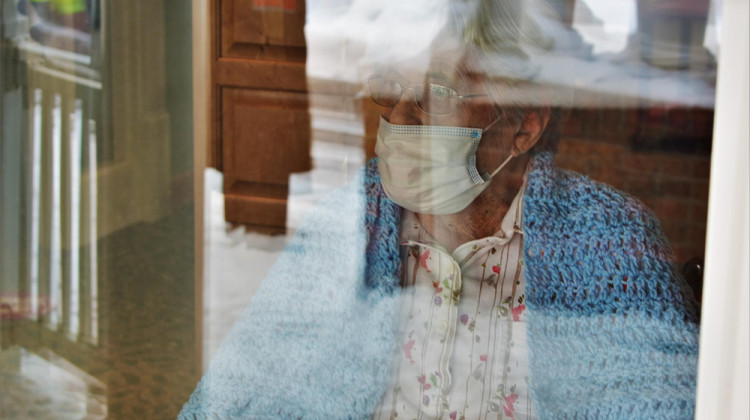 Reflections: How A Year Of COVID-19 Affected America

It's been a year since the COVID-19 crisis started to dominate our lives. To mark that milestone, our journalists revisited their reporting and collected some significant moments.
Read More 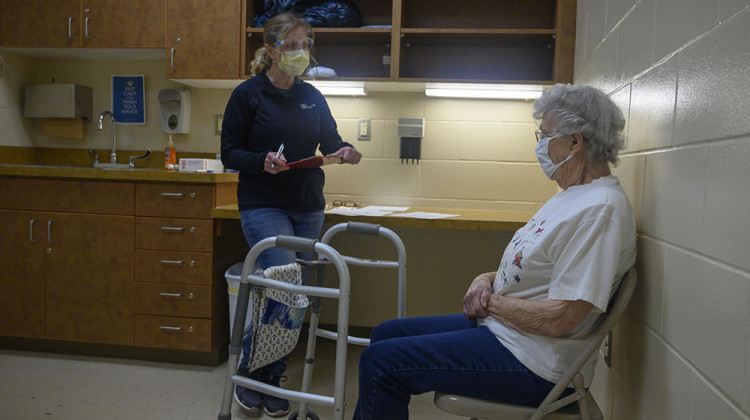 Weeks Into Vaccine Rollout, Some Worry About Being Left Behind

With demand still far outstripping supply, many seniors have struggled to get an appointment and are frustrated. And some worry the most vulnerable residents could be left behind.
Read More 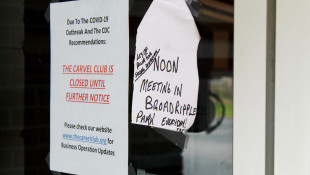 The COVID-19 crisis disrupted life for everyone. But it's a unique challenge for Hoosiers with a substance use disorder.