Indiana’s attorney general is one of several who met with President Trump at the White House Thursday to discuss improving school safety in the wake of last week’s shooting in Florida.

Curtis Hill told President Trump some of the focus should be on properly equipping schools to prevent and respond to threats.

He says Southwestern High School in Shelbyville is a model for school security. In addition to bullet-proof doors and glass, the school is also wired directly to the sheriff’s department.

“Each teacher has a key fob so that when something occurs they can communicate effectively and immediately with someone off site,” Hill said.

“That’s a part of what’s necessary,” Hill replied. “But I can tell you what else they have are countermeasures.”

Hill says those countermeasures include smoke canisters, which the sheriff’s department can employ to distract the attacker.

Hill also says more states need red flag laws that allow them to take guns away from people they believe to be dangerous. Hill says Indiana is one of only five states with a red flag law.

It allows police to take guns away from people who present an imminent risk of injury to themselves or others, including people diagnosed with mental illnesses who failed to take prescription medication, or those with a documented history of violent or emotionally unstable behavior.
The law is more than a decade old.

“We just issued a public safety advisory [Wednesday] because what we learned is many of our prosecutors and police officers weren’t even aware that we had it,” Hill said.

Hill also encouraged states to enhance the penalties for any offense involving a gun.

Tags:school safetyCurtis HillDonald Trump
At WFYI, our goal is to cover stories that matter to you. Our reporting is rooted in facts. It considers all perspectives and is available to everyone. We don't have paywalls, but we do need support. So if unbiased, trusted journalism is important to you, please join us. Donate now. 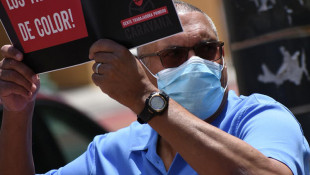 Indiana's Democratic challenger in the race for governor says the state needs to offer clearer health guidelines for schools to follow as they plan to reopen.
Read More 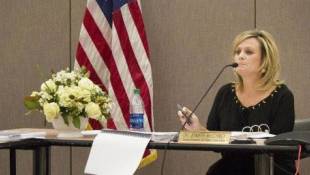 She penned a letter to state and U.S. lawmakers, outlining current policies regarding school safety and urging action.