The new commander-in-chief has threatened some trade deals that agriculture relies on. But many in the industry hope his nominee to lead the Department of Agriculture will have a different take.

Sonny Perdue is a former Georgia governor and commercial farming veteran. His home state is known for cotton, peanuts and livestock, not corn and soybeans.

She hopes it means he would emphasize crop insurance, conservation and other farm commodity programs as secretary of agriculture, and that he would advocate for global trade, which Trump has railed against.

Stevens says Perdue should know the farm sector needs to export products, for the good of the economy.

“People tend to think that’s just going to impact farmers,” Stevens says of potential reductions in agricultural trade “They’re going to have a real sad awakening if we lose our trade opportunities. That’s what keeps us great.”

Tags:AgricultureUSDASonny Perduesecretary of agriculture
Support independent journalism today. You rely on WFYI to stay informed, and we depend on you to make our work possible. Donate to power our nonprofit reporting today. Give now. 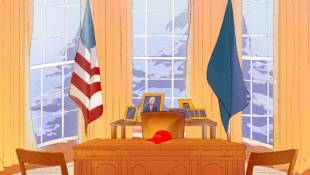 Donald Trump Has Plans To Hit The Ground Running. Here's What He Wants To Do

The president-elect's team has been sketching out plans for their first day, week and month in office. It includes action on trade, energy and of course, Obamacare.