It seemed like a slam dunk: A proposal for more parental oversight in schools, approved in other Republican-led states, in front of Indiana’s Republican supermajority.

Instead, a wide-ranging bill to restrict what teachers could say about race and racism stalled and died last week after vocal opposition from a broad coalition, a series of gaffes by lawmakers, and ultimately, an ideological split in the supermajority.

“The Indiana [bill] has just been a dramatic series of events,” said Jeremy Young, a researcher who tracks and opposes this type of legislation across the country. “It’s a little unusual to see one of these bills fail in a Republican-controlled state.”

While other states have debated the issue and passed bills, obstacles in Indiana set the state apart. But observers don’t regard them as permanently fatal flaws. The bill’s primary goals remain hot-button issues, and advocates on both sides expect they’ll reappear before legislators next year.

Last year, observers expected Indiana to join other Republican-led states in regulating books, teaching material, and discussions in K-12 schools. A movement swelled in opposition to critical race theory, a legal theory once rarely mentioned outside of colleges, until it became an umbrella term for discussions of race and identity.

“It led to a great deal of bandwagoning, where politicians who wouldn’t necessarily be interested in it feel like they have to vote for it because it’s an electoral winner for their party,” Young said.

On Organization Day in November, House Speaker Todd Huston promised a bill to give parents more insight into classroom lessons.

But the twin bills — House Bill 1134 and Senate Bill 167 — introduced in January went a step further than transparency. Republicans claimed they stemmed from conversations with parents, although the bills contained measures promoted in other states.

The bills required schools to create parent-led curriculum review committees and to post their learning material online, and forbade teaching “divisive concepts” that mirrored those in an executive order by former president Donald Trump.

Indiana was unusual in lumping all these requirements together in a single bill, Young said. Some of the 39 states that have introduced similar legislation are dealing with the proposals in separate bills.

The curriculum bills were a part of a slate of legislation aimed at regulating schools and students.

Some passed, including one that banned transgender girls from playing girls’ sports in kindergarten through 12th grade, though it drew nearly as much opposition as did the curriculum bills. So did a bill mandating time for public comment at school board meetings, which had become a hotbed of controversy over the summer.

Others failed. One would have made libraries legally liable for stocking books that some could find objectionable, while another sought to make school board elections partisan.

“They were trying to scare the public with concepts people weren’t even aware of,” said Sen. Fady Qaddoura (D-Indianapolis).

At its first hearing in January, SB 167 drew over six hours of testimony, with much opposition from teachers who described it as an overreach that would stifle classroom conversations.

One line of questioning from a teacher led Sen. Scott Baldwin (R-Noblesville) to suggest teachers teach Nazism neutrally. Baldwin was lambasted nationally and eventually walked the comments back.

“That maybe caused a pause,” Qaddoura said. “Like, are you serious? How can you raise a generation of critical thinkers who are civically engaged … if you morally equate what is right and what is wrong by just passing along that material.”

Carole Craig, a longtime local education advocate, said Baldwin’s comment was the first among Republican fumbles that became tipping points for the bill.

In February, progressive social media buzzed over Huston’s dual role as a vocal backer of the so-called “divisive concepts” bills and his job as a vice president of the College Board, which administers college-entrance exams. Huston abruptly resigned from his $460,000 job, and the board later issued a statement opposing censorship of curriculum.

Craig questioned the predominantly white legislature backing a bill that would harm disenfranchised groups and wasn’t based on good education policy.

“I actually don’t believe every one of the legislators are being mean, devious, and intentional,” she said. “I think many of them don’t know, and so they get caught up in some of the movement across the country.”

Opposition grows through the session

Though the Senate bill faltered, the House voted 60-37 to pass its version, with nine Republicans joining Democrats in voting against it.

Among the opponents was Wendy McNamara (R-Evansville), director of Early College High School at Evansville Vanderburgh Schools, who said she would prefer to address the actions of a few “bad actors” rather than monitor all teachers.

Rep. Curt Nisly (R-North Manchester), who also voted against the bill, said it didn’t do enough for parents’ rights, while simultaneously creating too much of a burden for teachers.

“I think parents should be empowered, and this approach was not the right one,” Nisly said.

Facing mounting public opposition, senators crafted a compromise that lightened the burden on teachers and reduced the number of banned concepts.

Nearly 200 people signed up to speak at the bill’s first hearing, more than 90 percent of whom were opposed.

“We heard from so many teachers about 1134, that if it passes, we will think about pursuing another career path,” Ford said. “That caused a lot of consternation.”

Russell Skiba, professor emeritus at Indiana University, said opponents coordinated their efforts, deciding they wanted to see the bill defeated, rather than amended, because of the harm it would do to students of color.

“The Indiana bill did so many things that caused disruption to teaching, civil rights, mental health, that really there were so many different groups concerned about this,” Skiba said. “It impressed upon more moderate legislators that the opposition was so broad and so deep that this bill wasn’t going to fly.”

In the end, a statehouse divided

HB 1134 cleared the Senate Committee on Education and Career Development late last month, with one Republican — Sen. Jean Leising (R-Oldenburg) — joining Democrats in voting against it.

But the full Senate hesitated.

On the day of a key deadline, Republican lawmakers negotiated privately. Sponsor Sen. Linda Rogers (R-Granger) then declined to bring the bill forward, effectively stopping it in its tracks.

Afterward, opponents held their breath as Republican leadership hinted they might add some of the bill’s provisions to other bills. That didn’t happen.

Andy Downs, director of the Mike Downs Center for Indiana Politics at Purdue University Fort Wayne, said he believes that on hot-button issues, some lawmakers want to defer to local control.

Republican wins on other bills — such as banning transgender girls in sports, passing tax cuts, and loosening gun licenses — could offset the death of HB 1134 with conservative voters, he said. He said Republicans risk alienating their base if social conservatives feel the supermajority didn’t deliver enough.

“The volume of social issues that were on the agenda certainly makes it easier for some things to not be dealt with,” Downs said.

It’s possible that the legislature will reconsider similar measures next year, though House lawmakers have indicated that it’s all or nothing.

If they do try again, they have options. In Arizona, the legislature is trying to pass curriculum restrictions a second time and also to require schools to post their curriculum material online.

“For those not comfortable doing a content ban, the transparency approach offers a different path. For those who are, transparency offers an extra layer,” said Matt Beienburg, education policy director of the Goldwater Institute, a Phoenix-based conservative think tank.

Having access to what a school is teaching is important to parents, he said, adding that parents of prospective students may have an especially difficult time in obtaining curriculum material while deciding where to enroll their children.

“This is a national issue that parents are making clear is a priority for them,” he said.

“They’re not giving up on this,” said Mark Russell, director of advocacy and family services for the Indianapolis Urban League.

“We’re in a 15-round fight now with this issue, because it’s the backbone of hope for Republicans at the polls,” Russell said. “It’s the bedrock of their re-election strategy, and for us to be able to defeat it — yeah, that’s a national story.”

Tags:critical race theoryIndiana General AssemblyIndiana House RepublicansIndiana Senate RepublicansK-12
Support independent journalism today. You rely on WFYI to stay informed, and we depend on you to make our work possible. Donate to power our nonprofit reporting today. Give now. 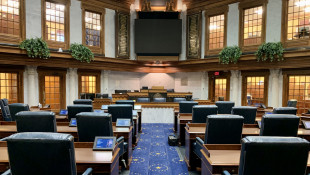 A measure to remove a legal defense for Indiana schools and public libraries accused of sharing harmful material failed during this year's legislative session. The Senate voted down the proposal as its final move before adjournment. 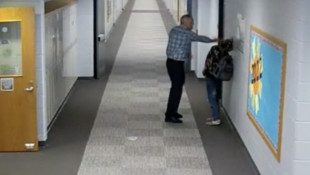 Mike Hosinski, 61, was set to appear in court Thursday, but waived his right to an initial hearing. Elkhart Superior Court Judge Teresa Cataldo set his next court date for late April and a bench trial for June 13. 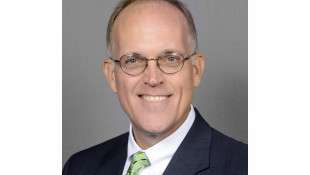