The Indiana Chamber of Commerce is prioritizing workforce development and STEM education as part of its 2019 legislative agenda, and supports a key change to the state’s governance structure.

The chamber wants a boost in funding for workforce development initiatives, and will also push for a new STEM-focused course requirement for high schoolers, starting with the class of 2023.

“We think that having kids have exposure to these courses, whether it’s computer science or technology courses will help spur interest,” he says.

The group also wants to speed up the timeline for making the state’s schools chief appointed rather than elected. Right now, the state’s top education official is set to become an appointment from the governor starting in 2025.

“People view the governor as really the chief education officer of our state, certainly from a policy perspective, and we just think there would be better alignment,” he says. “That’s been our long-standing position.”

Superintendent of Public Instruction Jennifer McCormick announced earlier this year she won’t seek re-election once her current term ends, triggering conversations about moving the timeline up among state lawmakers. Leaders at the chamber’s preview say it’s likely going to be an easy change to garner support for among members of the General Assembly.

Tags:STEMworkforce development
At WFYI, our goal is to cover stories that matter to you. Our reporting is rooted in facts. It considers all perspectives and is available to everyone. We don't have paywalls, but we do need support. So if unbiased, trusted journalism is important to you, please join us. Donate now. 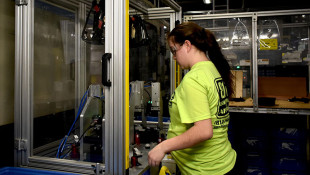 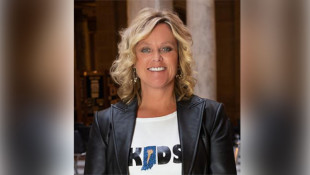 Lawmakers are considering restrictions on how often schools in need of additional funding can propose referendum measures to local taxpayers.
Read More
hey