Roosevelt Glenn and his co-worker Darryl Pinkins were arrested in 1989 for the rape and robbery of a woman in Northwest Indiana. The two have always maintained their innocence.

“It was devastating to lose that case. I’ve tried hundreds of cases in my career as a defense attorney, as a prosecutor, as an attorney, and by far with the exception of maybe one other, this case was one of the most difficult cases to lose,” she says.

Pinkins was also found guilty of one count each of rape, deviant conduct and robbery and sentenced 65 years.

The Wrongful Conviction Clinic at IUPUI takes cases like Pinkins’ and Glenn’s hoping to exonerate people who are found guilty of crimes they didn’t commit.

“Wrongful Conviction work is post-conviction work, you’re going to court after-sentencing, after direct appeal, and trying to convince a judge or a prosecutor that the conviction should be vacated based on new science,” says professor Frances Watson, who has headed the clinic since its inception in 1999.

Glenn had been in prison for nearly a decade when he met Watson for the first time after his case was recommended to her by the Innocence Project.

“She said, ‘you don’t have to convince me of your innocence. I wouldn’t be here if I thought you were guilty,’ and so much relief came, that somebody, other than my family, saw my innocence,” he says.

For 10 years, Glenn worked with the wrongful conviction clinic to file appeals. Each was denied. And these losses didn’t just hurt Glenn; it was a burden on his whole family.

“That’s one of the huge downsides to wrongful convictions is not that you just have one innocent person in prison, you have their whole family, everyone that loves them is living with that reality,” Watson says.

In 2009, Glenn was released after serving nearly 17 years in prison, his full sentence including time off for good behavior. The Wrongful Conviction Clinic still continued working on his case even though he was no longer in prison.

“One of the things I say to students is I lost this case, depending on what you count 6-8 times before I won it,” Watson says. “So think about how many times I traveled up to the prison, often with students, and say to these men, ‘No the court rejected that, no, the next court rejected that.’”

When he went to prison, Glenn left behind three children aged eight, seven and two. Today, they’re 31, 30, and 25. He regrets not being there for them and worries that now it’s too late.

His conviction also prevented him from finding steady employment.

It was by chance he ran into his former attorney, now Mayor of Gary, Karen Freeman-Wilson.  She remembered her former client and how she had promised to help him once he was released.

“I was always convinced that he was innocent, and I always told him or his family, at least, that anything I could do once he got out, I would,” she says.

The two talked and Wilson helped Glenn get a job working for the City of Gary Public Works Department.

In 2014, Watson and her team finally found the breakthrough they needed. They were able to accurately identify the genetic makeup of the DNA samples prosecutors used to convict Glenn and Pinkins during their trials. Neither of them were identified in this new evidence.

The evidence confirmed what the two men had maintained for more than 25 years. They were not guilty.

“This is like the best time of this whole situation because I knew it, I never gave up hope,” Glenn says.

In late April, Pinkins walked out of the Lake County Jail free.

Roosevelt Glenn is still in limbo. The state has moved to vacate Glenn’s case. Watson is still waiting to receive the official court order that will remove the conviction from his record. 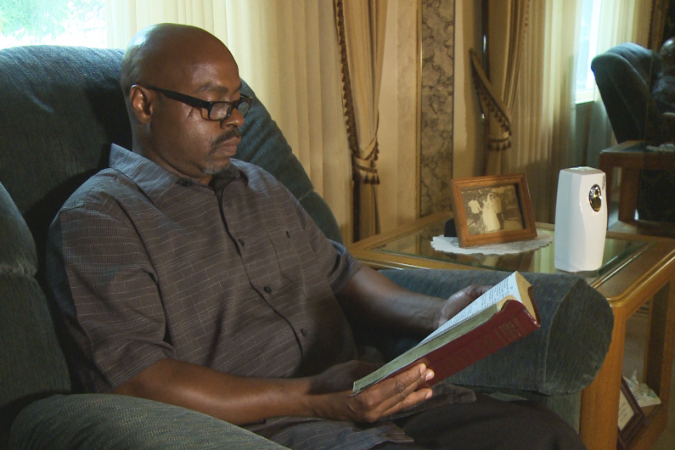 Tags:IUPUIGarywrongful imprisonmentKaren Freeman-WilsonWrongful Conviction ClinicInnocence Project
Support independent journalism today. You rely on WFYI to stay informed, and we depend on you to make our work possible. Donate to power our nonprofit reporting today. Give now.