But they're doing so with funding largely from nonprofits, foundations and donations because Indiana lawmakers banned state funding from going to the programs that provide intravenous drug users with clean syringes.

Eastern Indiana's Fayette County turned to the Comer Family Foundation and the Washington-based advocacy group AIDS United to get $23,000 for its exchange to combat a local hepatitis C outbreak.

Public health nurse Paula Maupin says that's enough for now, but once participation reaches the 75 to 100 IV drug users she expects, she says the program will "burn through that money pretty quick."

State Rep. Ed Clere authored last year's legislation allowing the exchanges. He says the ban was needed for the law to pass.

Tags:needle exchangehepatitis CHIV
At WFYI, our goal is to cover stories that matter to you. Our reporting is rooted in facts. It considers all perspectives and is available to everyone. We don't have paywalls, but we do need support. So if unbiased, trusted journalism is important to you, please join us. Donate now. 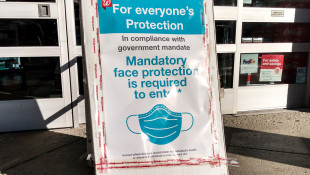 The Indiana State Department of Health reported 60 additional confirmed deaths over the last week, bringing the state's total to 2,835. The state announced more than 74,000 total confirmed cases -- including four days with more than 1,000 reported cases -- and more than 841,000 Hoosiers tested.
Read More 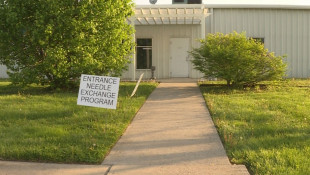 Indiana is getting more people with mental health and substance use disorders connected with peer supports trained professionals who have personal experience with those challenges.
Read More