Close to five million Americans have signed a Change.org petition asking Republican electors to vote for Hillary Clinton instead of Donald Trump. But in Indiana where Donald Trump won 57 percent of the vote, it’s unlikely the state’s 11 electors will vote for anyone other than Trump.

Indiana’s 11 electors will meet at the Indiana State House Dec. 19 to cast their votes for president.

Indiana elector Jeff Cardwell, who also serves as the Chairman of the Indiana Republican Party, says the state’s electors have received emails from across the country requesting they change their votes.

Indiana’s electors aren’t legally bound to vote for their party’s candidate, as they are in 29 other states and the District of Columbia.

In all 50 presidential elections Indiana has participated in, Hoosier electors have voted for their party’s candidate. Cardwell says that’s not likely to change this year.

“When you’ve heard the voice of the people of Indiana loud and clear on election day, I think that’s really grasping at straws to think that anybody would vote against the will of the people,” he says.

Trump won Indiana by more than 19 points. That’s more than 500,000 people. Cardwell says he will vote for Trump on Dec. 19 and expects the other 10 electors will do the same.

Even if all 11 Hoosier electors vote for Hillary Clinton, Trump will still have the required 270 electors needed to secure the presidency.

Tags:Election 2016Donald Trump
Support independent journalism today. You rely on WFYI to stay informed, and we depend on you to make our work possible. Donate to power our nonprofit reporting today. Give now. 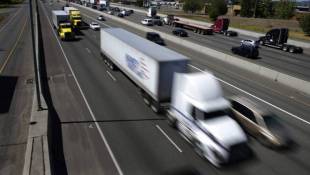 The Economics For And Against Trump's Infrastructure Plan

Here & Now's Robin Young speaks with civil engineering professor David Levinson about the proposals, and why infrastructure shouldn't be thought of as a jobs program.