Indiana Group Pushes For Repeal Of Protections For Smokers

Indiana Group Pushes For Repeal Of Protections For SmokersThe Alliance for a Healthier Indiana hopes to get rid of a state law that bans employers from screening job candidates for tobacco use.urltobacco, smoking, Alliance for a Healthier Indiana, Senate Committee on Pensions and Labor2018-01-08T00:00:00-05:002018-01-08T00:00:00-05:00

INDIANAPOLIS (AP) — A group of Indiana health and business organizations is pushing for a repeal of some legal protections given to smokers.

The Alliance for a Healthier Indiana hopes to get rid of a state law that bans employers from screening job candidates for tobacco use, the Indianapolis Business Journal reported.

A bill introduced by Republican state Sen. Liz Brown of Fort Wayne would repeal the 1991 law and has the alliance's support. The measure would allow businesses to require employees to stop using tobacco products, even when not on the clock. It has been assigned to the Senate Committee on Pensions and Labor.

"I think the intention is simple," Brown said. "We want to give employers the ability to manage their employees and their insurance costs without the state carving out a special class for protection."

Some Indiana employers have complained that smokers raise their insurance costs.

"It's time to repeal this outdated law and repeal preferential treatment for smokers and empower businesses to effectively manage rising health care costs," the alliance said. "Employers want to work in partnership with their employees in helping them quit smoking."

Previous attempts to repeal the law have failed to advance in the General Assembly. Republican legislative leaders have said they're leery of another proposal supported by the Indiana Chamber to raise the state's legal age for buying cigarettes from 18 to 21.

Smoking is the only voluntary action that state law protects during the hiring process, according to the Indiana Chamber.

"Employers foot the bill for the bulk of coverage costs for their workers, so they should be able to learn upfront if a potential employee is a smoker," said Mike Ripley, the chamber's vice president of health care policy and employment law.

Indiana is among more than 20 states that have smoker-protection laws.

Tags:tobaccosmokingAlliance for a Healthier IndianaSenate Committee on Pensions and Labor
At WFYI, our goal is to cover stories that matter to you. Our reporting is rooted in facts. It considers all perspectives and is available to everyone. We don't have paywalls, but we do need support. So if unbiased, trusted journalism is important to you, please join us. Donate now. 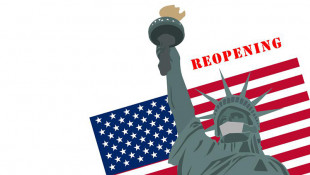