INDIANAPOLIS (AP) — As schools continue to weigh decisions about the start of the new academic year, high school competitions for the fall marching band season have been canceled due to the ongoing coronavirus pandemic.

The Indiana State School Music Association announced Friday that the organization’s competition season — which includes regional and semistate events, as well as state finals at Lucas Oil Stadium in Indianapolis — could not move forward with live events due to concerns that necessary safety measures could not be guaranteed. Instead, ISSMA officials said they're now exploring options to provide judging through virtual means, though details are still being sorted out.

“It is our fervent hope that we will be able to return to live marching band events in the fall of 2021 and assist our member schools in carrying on the proud heritage of marching bands in the state of Indiana,” ISSMA executive director Mick Bridgewater said in a statement Friday.

The announcement comes on the heels of marching band competition cancellations in numerous other states, including Colorado, Illinois, Kentucky, Mississippi, and Virginia.

Nearly 200 schools participate in ISSMA marching band events each fall. Now, the decision is left up to individual schools whether they’ll host their own live invitationals or allow students to march at football games.

Northern Indiana’s Penn High School “will absolutely have a marching band,” director Glenn Northern said in a video announcement Friday. Band members will put together a modified halftime show, and there will be an emphasis on community performances during the fall season.

Other marching band programs across the state, including those in Indianapolis, Fort Wayne and Evansville, are still evaluating other possibilities and putting together plans for the fall season.

Bands of America, which hosts regional and national competitions for high school marching bands across the country, has yet to cancel its two dozens events scheduled from September-November.

Drum Corps International, a drum and bugle corps activity that draws thousands of high school and college participants each summer, canceled its 2020 touring season in March, including a three-night championships event at Lucas Oil in Stadium in Indianapolis.

Casey Smith is a corps member for the Associated Press/Report for America Statehouse News Initiative. Report for America is a nonprofit national service program that places journalists in local newsrooms to report on undercovered issues.”

Tags:marching bandIndiana State School Music Associationhigh schoolcoronavirusCOVID-19
At WFYI, our goal is to cover stories that matter to you. Our reporting is rooted in facts. It considers all perspectives and is available to everyone. We don't have paywalls, but we do need support. So if unbiased, trusted journalism is important to you, please join us. Donate now. 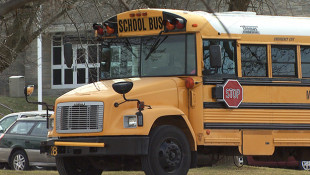 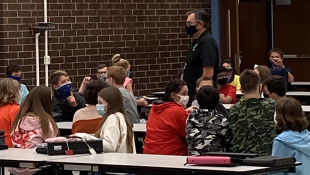