Indiana Law Seen As Model For Solution In Gun Debate

Following the February shooting at Marjory Stoneman Douglas High School in Parkland, Florida that left 17 dead, the national dialogue has stayed centered on guns. With many suggestions on how to combat gun violence from all ends of the spectrum, an Indiana law has earned national attention as a possible solution.

Say the police go to a residence for a domestic violence call. If officers determine one of the parties is a danger to themselves or others, they can take that individual’s guns, right there. When the dust settles, the owner gets a hearing in front of a judge to try and get their guns back.

This is known as the “red flag law." South Carolina Republican Senator Lindsey Graham told CBS’ Face the Nation Sunday that he would be introducing legislation resembling the measure later this week.

“I hope the president will get behind this, because it worked in Indiana and elsewhere we modeling our law to Indiana,” said Graham.

Indiana’s red flag law was established in 2006, after an Indianapolis police officer was shot and killed by a man with schizophrenia. The shooter previously had his guns taken away before a hospitalization, but there was no law stopping him from getting them back after his release. Indiana is one of five states with this law on the books.

Allen County has been applying the law since 2015. Deputy Prosecuting Attorney Adam Mildred says the New Haven Police Department was the first to apply the practice.

“They had taken action and they needed to file it with the court wherein we prepared the document for the court’s consideration and then we began the process,” Mildred said.

Critics of the law say it’s too subjective, and threatens the due process rights of the gun owner. On what grounds would an officer have to determine a gun owner is dangerous or unstable, and as a result retain a legally owned firearm without a warrant?

Mildred says the law walks a delicate line between “public safety” and “individual property rights,” but emphasizes that an individual’s due process rights are protected at every turn.

“The agency itself bears the burden of proof at all of the stages, except the very last one,” he said.

Lieutenant Tony Maze has served on Fort Wayne’s Crisis Intervention Team since 2001. He says his team encounters these situations five or six times per year, and officers have to use their best judgment when they first decide to seize a firearm.

“What we’re looking for is that immediate threat, that imminent danger that someone poses to themself or someone else, and do they have a firearm readily available to them or on their person at that moment, or is it easily accessible within the home?” said Maze.

“And if it is, then we are justified in taking it without a warrant.”

Mildred says this determination by officers has to be justified in writing as an affidavit, and filed immediately with the court, kickstarting the legal process.

Allen County Superior Court Judge Fran Gull presides over most “red flag” cases. She says she reviews the affidavit, and then determines whether or not to pursue further action.

“If I find probable cause to believe that person fits the statute’s definition of a ‘dangerous’ individual, I authorize the police to retain the weapons that were seized until further order of the court, and then I schedule it for an evidentiary hearing,” said Gull. “Usually, it’s about two weeks after the seizure.”

The individual is notified of the evidentiary hearing, and gets their day in court. The police department presents its information while the gun owner makes their case on why they should have their firearms returned.

Gull says as a human, she cares. That’s why, once the case is resolved, she approaches each respondent with compassion, hoping they’ve received the help they need.

“I say, ‘You intersected with my world in the worst possible day of your life, and I’m concerned how your feeling. What are you doing for your mental health? Are you taking care of yourself?’ And inevitably they tell me, ‘Yeah, that was a really bad day, I was drinking a lot and was under the influence of drugs. But I’m talking to someone now.’”

Since local law enforcement views “red flag” cases as civil and not criminal, many gun owners will see their firearms returned. But what happens when Gull determines a person isn’t ready?

“I’m required to order the police department to retain custody of those weapons until further order,” she said. “I also notify the Indiana State Police that if they have any license to carry a handgun, that license be suspended until further order of the court.”

Mildred also said the gun owner can agree to have the firearm sold by the county at auction, and the owner can receive no less than 92 percent of the profit from the sale.

The law hasn’t existed without its obstacles. In 2013, Robert Redington sued, alleging the statute was unconstitutional. But the Indiana Court of Appeals upheld the law, saying his due process rights were honored.

With Graham citing Indiana’s “red flag law” as the inspiration behind his national proposal, can this law that be replicated at the federal level?

“Oh absolutely. Absolutely,” said Gull. “And we’re doing it here. There’s no need for the federal government to reinvent the wheel. If they want to come look at our statute and look at our process.”

“I’m a big proponent of, don’t reinvent the wheel if something is working,” she added. “And this is working.”

“I believe it can,” said Maze. “Whether it be the individual or a weapon they have access to, any time we can remove that immediate threat to someone else or themselves, it’s got to be effective.” Mildred was slightly more conservative, saying states could easily implement these measures themselves without waiting on the federal government to do so.

As far as Allen County is concerned, he says the law has been effective, and assures residents that local police departments honor the delicate balance between public safety and property rights.

Tags:gunsgun lawsred flag law
Support independent journalism today. You rely on WFYI to stay informed, and we depend on you to make our work possible. Donate to power our nonprofit reporting today. Give now.

Lawmakers revive a debate over partisan school boards. There are challenges ahead for a makeover of Indiana's public health system. And a property tax relief discussion begins.
Read More 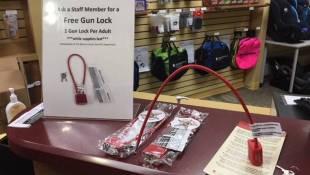 New data that considers children's mental health and firearms in the home shows that only about one in three households properly store guns. 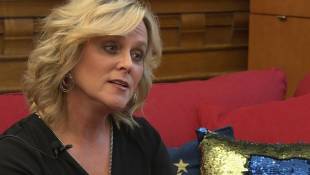 The state's top public school official says more needs to be done around school safety, including more funding for systems of care.