This week, Side Effects Public Media released a report detailing how the president of an Indiana nonprofit is also lobbying for a drug company, Alkermes. The story, produced in collaboration with WFYI and NPR, has some political leaders in Indiana calling for stricter disclosure rules for lobbyists trying to influence policy.

Lobbyists are required to disclose their clients in forms that are displayed online. The head of Mental Health America of Indiana, Steve McCaffrey, followed those rules and reported his relationship to Alkermes, the maker of Vivitrol, an injection used to treat opioid addiction. But as Side Effects reported, many lawmakers were still unaware that McCaffrey was working on behalf of a drug company, and policies he supported favor the drug over other addiction treatment medications.

House Democratic Leader Scott Pelath says the story highlights the need for lobbyists to be more open about their interests. “I can say that if somebody is supposed to be advocating for the indigent and mentally ill, and simultaneously they are advocating for drug companies ... that should be known.”

Given McCaffrey’s relationships with a nonprofit advocacy organization and a for-profit pharmaceutical company, Pelath says the state should refine the rules on what constitutes a conflict of interest.

“I think it’s an absolute conflict, and I actually find it personally upsetting,” he says.

Democratic Reps. Ed DeLaney and Ryan Dvorak echoed Pelath’s concerns, and they say that one way to improve matters is for committee chairs to require lobbyists to disclose all their interests when they testify before lawmakers.

“My ears would perk up, and I would be able to ask more questions and to assess the testimony more fairly,” Delaney says.

“If it’s a completely legitimate relationship, where the interests are attuned and kosher, then there’s no problem making the disclosure,” said Julia Vaughn, director of Common Cause Indiana, which promotes transparency in government, in an interview leading up to the Side Effects story. “All it does is fully inform the decision makers.”

DeLaney says being able to assess a lobbyist’s interests is even more important when the legislature is addressing complicated topics like addiction. Indiana has a part-time legislature with few dedicated staff members, he says, so lobbyists play a crucial role in crafting bills — which can have important effects for the professionals treating the disease.

“I’m not elected to choose between complex drugs,” says DeLaney. “I think the doctors should do that.”

Republican lawmakers, including House Speaker Brian Bosma, did not respond to interview requests.

Tags:Indiana legislatureVivitrolMental Health America of IndianaAlkermeslobbyists
At WFYI, our goal is to cover stories that matter to you. Our reporting is rooted in facts. It considers all perspectives and is available to everyone. We don't have paywalls, but we do need support. So if unbiased, trusted journalism is important to you, please join us. Donate now. 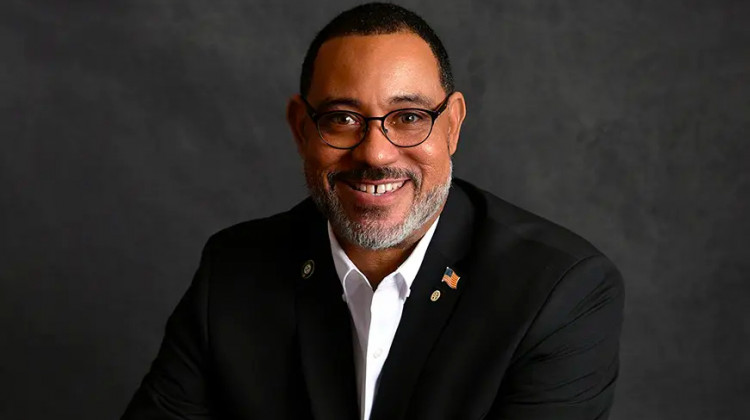 Long Lines At Voting Sites Can Pose Challenges For Seniors, Those Living With Disabilities

Central Indiana saw long early voting lines this weekend, and long lines can increase safety concerns for older residents. Not only are they more at risk, it can be harder for some to stand for that long, and many may not know they can bring someone with them to help.
Read More

Indiana's average number of new COVID-19 cases has more than doubled since Gov. Eric Holcomb moved the state to Stage 5 four weeks ago and withdrew almost all restrictions.
Read More

A Drugmaker Tries To Cash In On The Opioid Epidemic, One State Law At A Time

An investigation by NPR and WFYI's public health news service, Side Effects Public Media, found that in statehouses across the country, and in Congress, drugmaker Alkermes is pushing its addiction treatment drug, Vivitrol, while contributing to misconceptions and stigma about other medications used to treat opioid addiction.