KOKOMO, Ind. (AP) — For at least the next few centuries, a little piece of Kokomo will be laying quietly on the red surface of Mars, located about 128 million miles from the city.

That’s because a special alloy made at Haynes International was used on the Sky Crane thrusters that lowered NASA’s Perseverance rover onto the planet last Thursday to search for ancient signs of life.

Keith Kruger, senior marketing manager at Haynes, said after the crane dropped off the rover, it sped off and crashed, on purpose, somewhere on Mars.

And that means the thrusters made from Haynes 230 alloy, that was melted at its plant on West Defenbaugh Street, will rest comfortably on the Red Planet far into the future.

“It’s not going to rust there,” Kruger said. “It’s such an environmentally resistant material that it will hold up for centuries.”

The thrusters on the Sky Crane were part of the rover’s landing mission, which used the latest technology by NASA to ace the precarious touchdown on the planet’s Jezero Crater.

NASA says the crater is preserved from an ancient river that flowed into it and deposited sediments, similar to the delta at the end of the Mississippi River in Louisiana.

Kruger said the 230 alloy was the perfect fit for nozzles on the crane’s thrusters because the metal can easily withstand temperatures ranging from below minus-240 degrees up to over 2,000 degrees Fahrenheit.

“It has to stay strong, even though these temperatures get up very, very high, very quickly,” he said. “It’s a pretty special material. It has a lot of very special applications, and this is one of them.”

Kruger said the alloy, which was invented in 1984, was sold to a company called Aerojet Rocketdyne, a rocket and missile propulsion manufacturer that was subcontracted by NASA for the mission.

The Sky Crane played a limited, but crucial role, in Perseverance’s landing. A heat shield and massive parachute first slowed down the unit when it entered Mars’ atmosphere. Once it reached 5 kilometers off the surface, the unit dropped the crane and rover package, which continued to fall.

About a kilometer above the planet, the crane’s eight thruster nozzles, made from Haynes’ alloy, fired up to stop the descent and then gently lowered the rover onto the planet. After that, it flew away and crashed safely far away from the rover.

This isn’t the first time – by far – that Haynes’ alloys have been used on space missions. Alloys invented and produced in Kokomo flew on every Apollo mission to the moon. They were also used on the thrusters during the Curiosity rover's landing on Mars in 2012, which was a precursor to Thursday’s Perseverance landing.

“I would guarantee that almost every rocket you see fired off has Haynes material on it somewhere,” Kruger said. “And I know that every jet aircraft in the world has lots of Haynes alloys on it.”

He said although it’s a little sad to think the Sky Crane is now lying lifeless on Mars, the astonishment of knowing the Haynes alloy played a role in such a historic achievement far outweighs that feeling.

“It’s pretty neat to know it was melted right out here on Defenbaugh Street,” Kruger said.

The Perseverance landing marked the third visit to Mars in just over a week. Two spacecraft from the United Arab Emirates and China swung into orbit around Mars on successive days earlier this month. All three missions lifted off in July to take advantage of the close alignment of Earth and Mars, journeying some 300 million miles in nearly seven months.

Perseverance, the biggest, most advanced rover ever sent by NASA, became the ninth spacecraft since the 1970s to successfully land on Mars, every one of them from the U.S.

Over the next two years, Percy, as it is nicknamed, will use its 7-foot arm to drill down and collect rock samples containing possible signs of bygone microscopic life. Scientists believe that if life ever flourished on Mars, it would have happened 3 billion to 4 billion years ago, when water still flowed on the planet.

Three to four dozen chalk-size samples will be sealed in tubes and set aside to be retrieved eventually by another rover and brought homeward by another mission. The goal is to get them back to Earth as early as 2031.

Scientists hope to answer one of the central questions of theology, philosophy and space exploration.

“Are we alone in this sort of vast cosmic desert, just flying through space, or is life much more common? Does it just emerge whenever and wherever the conditions are ripe?” said deputy project scientist Ken Williford. “We’re really on the verge of being able to potentially answer these enormous questions.”

Source: Kokomo Tribune. The Associated Press contributed to this story. 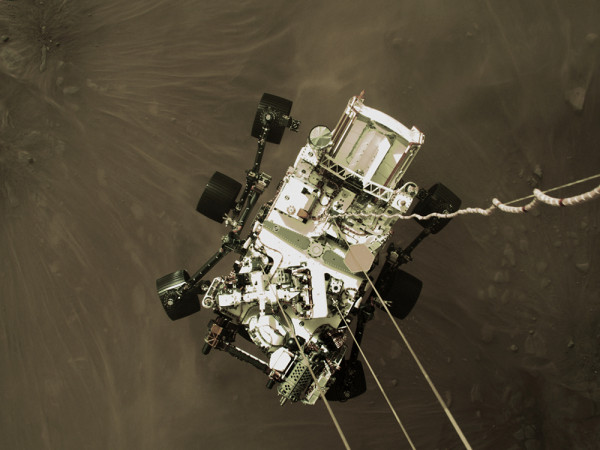 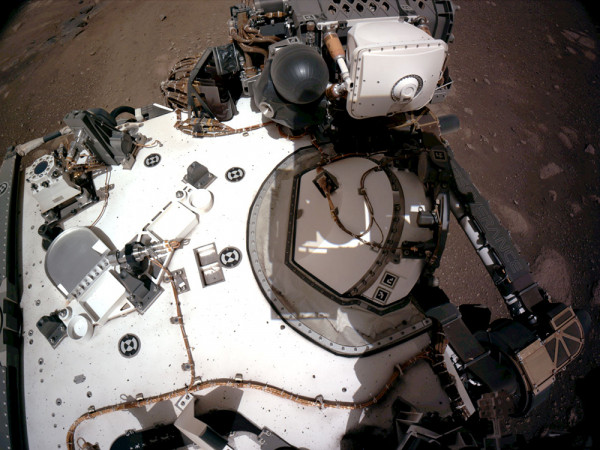 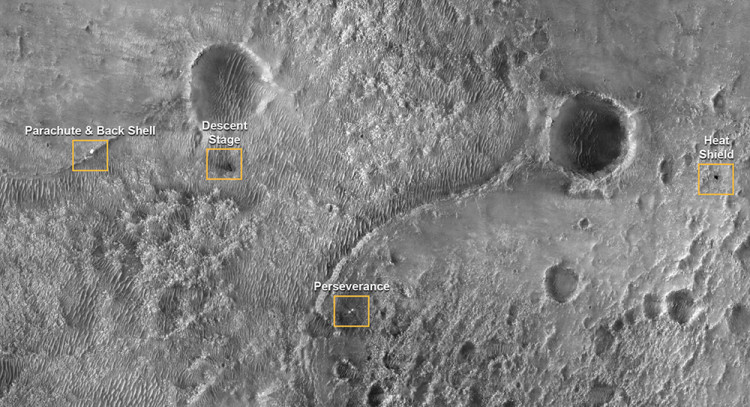 Tags:Haynes InternationalKokomoNASAMarsPerseverance rover
Support independent journalism today. You rely on WFYI to stay informed, and we depend on you to make our work possible. Donate to power our nonprofit reporting today. Give now.