The Indiana Poor People’s Campaign concluded its third week of protests Tuesday with a rally at Eugene Burns Park.

Approximately 70 members gathered to voice their demands on issues relating to the war economy, militarism and gun violence.

“We in this campaign demand a ban on assault rifles and a ban on the easy access to firearms that has led to the increased militarization and weapanization of our communities,” Francis said.

The Indiana campaign is part of larger effort spread across 35 states to reinvigorate the movement started by Dr. Martin Luther King Jr. and others 50 years ago to end systemic racism, poverty and inequality, among other issues.

Members kicked off the local campaign May 14 by marching at the Indiana Statehouse to demand elected officials take steps to confront systemic racism. During that protest several members were arrested for obstructing traffic on Capitol Street.

Tony Davis was one of those led away by police, but he says it didn’t discourage him from returning.

"If anything, it's hardened our resolve to say that we're here and we aren't going anywhere," Davis said.

On May 21, members of the Poor People’s Campaign protested outside of the Governor’s Mansion, taping and zip-tying themselves to the gate. The group hoped to talk with the Gov. Eric Holcomb about racism, xenophobia, and Islamophobia, but he was in Europe on an economic development trip at the time.

Davis says he still hopes to get a phone call from the governor to “set up a meeting with us in person, with the entire Indiana coordinating committee members."

The Indiana campaign will continue its protests each Monday until June 23 when groups from across the country will gather for a march in Washington D.C. 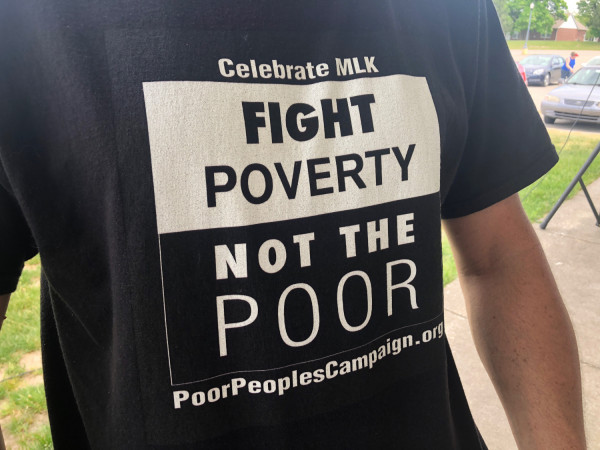 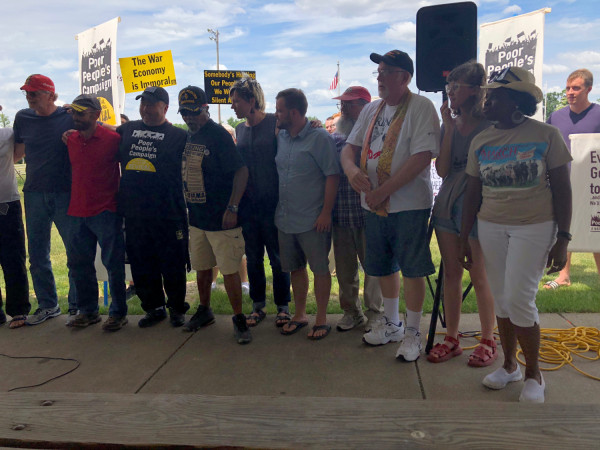 Tags:Indiana Poor People's campaign
Support independent journalism today. You rely on WFYI to stay informed, and we depend on you to make our work possible. Donate to power our nonprofit reporting today. Give now.