The nine men and two women representing Indiana’s popular vote as electors were met with posters and shouts as they entered the statehouse Monday to cast their votes. Around 50 people protested outside the House chambers where the vote took place. They were asking electors to vote with their conscience.

But Indiana has never had an elector vote against their party, and this year was no different. The electors were unanimous in favor of the Republican ticket. Some were even excited enough to take photos with their ballots.

Lacey Hollings says she didn’t expect any other outcome, but she came out to protest anyway.

“I felt I had to be here,” she says. “I needed to make our presence known and let them know that millions of Americans voted for Hillary Clinton.”

Trump and Pence won 57 percent of the vote in Indiana. Clinton won 38 percent. 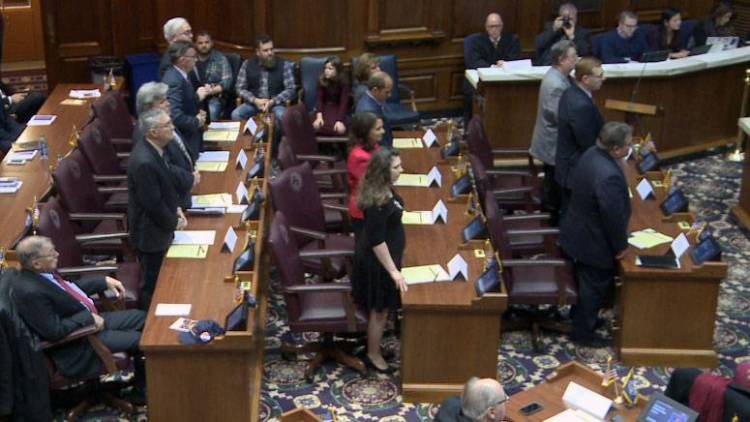 Tags:Election 2016Mike PenceDonald TrumpElectoral College
Support independent journalism today. You rely on WFYI to stay informed, and we depend on you to make our work possible. Donate to power our nonprofit reporting today. Give now. 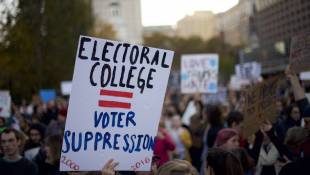 5 Things You Should Know About The Electoral College

As electors cast their ballots in each of the 50 states, we try to answer questions about the process: Who are these people? How are they selected? Can they really vote however they want?