More than 50,000 Afghan evacuees are temporarily housed at U.S. military bases, where they’re undergoing health and safety checks before being settled across the country.

Anywhere from 600 to 700 of them are expected to make Indiana their home. And it’s Cole Varga’s job to make sure they have a smooth transition.

“It's been quite busy,” Varga said. “And it's about to get busier before it gets busiest in the in the coming months.”

Varga is the executive director of Exodus Refugee Resettlement in Indianapolis.

With a 42-person staff, Exodus is the largest resettlement agency in the state. And as such, they’re taking on the biggest load – they’re responsible for about half of evacuees who will end up settling here.

“That’s a big ask for a network that’s been strapped and trying to rebuild as quickly as possible,” Varga said.

Trump-era cuts to the U.S. refugee system have put Exodus behind the eight ball.

Resettling one person is a tall enough task. But 300 or more – that’s nearly double the amount they’d settle in a full year during the Trump administration. Varga’s been hiring and training staff to meet demand. 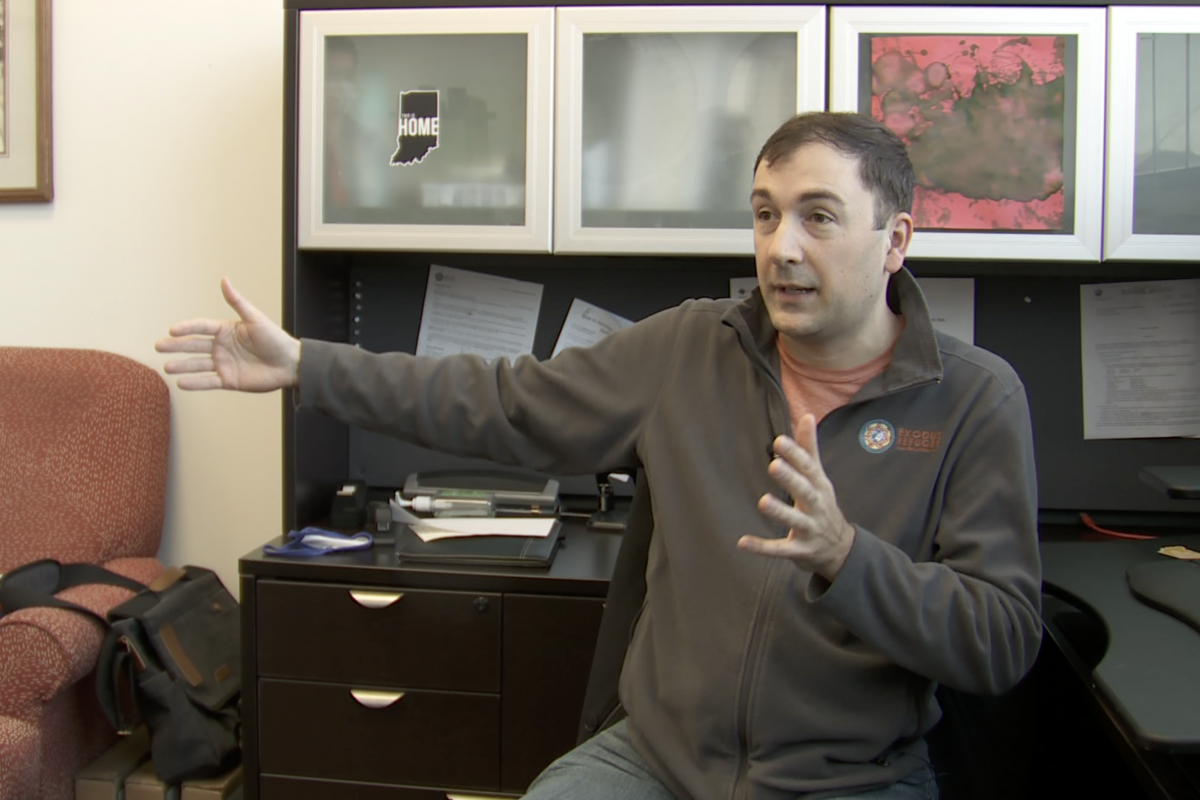 Varga usually has plenty of heads up before someone arrives at Exodus – sometimes up to a year in advance.

Now, he’s getting calls about arrivals multiple times a week. And it’s normally on short notice.

The evacuees settling in Indiana are moving from various military facilities across the country, including Camp Atterbury near Edinburgh.

Department of Homeland Security officials say about 50 people who were approved to leave Atterbury have have ended up staying in Indiana. But some of those people have special immigrant visas, meaning they wouldn't require a resettlement agency such as Exodus.

READ MORE: An inside look at life at Camp Atterbury

After someone arrives in Indianapolis, Exodus' number one priority is finding them somewhere to live. A quick turnaround makes that tough, though, so hotels and Airbnbs work as temporary options.

Varga’s on the phone every day trying to find affordable housing, or at least get on a waitlist. It’s been the most difficult aspect so far.

Once evacuees have a roof over their head, attention turns to preparing them for life in America – that includes ensuring they have the necessary documents or scheduling medical appointments.

Exodus offers a variety of classes that range from basic English to state laws to what the first trip to the supermarket will be like.

“We're getting the kids enrolled in school, we're getting the adults into English classes and cultural orientation,” Varga said. “And then as time goes on, we'll start doing some job prep.”

At Catholic Charities in Fort Wayne, resettlement director Nyein Chan has a goal: get evacuees in permanent housing and ready for employment in about 6 months.

He says that’s because federal resettlement funds typically last about that long.

“We support them up to six months for the rent, utility and other miscellaneous items,” Chan said. “Within days before we run out of the financial support, we’re making sure [the] refugee [is] engaging employment, becoming financially self-dependent.”

Private donations can help offset federal funds, and some evacuees don’t need financial help for that long, according to Varga.

“It could be, you know, a single parent with four kids – they might need 10 months of rent, and we're gonna do what we can to help figure that out, too,” he said. 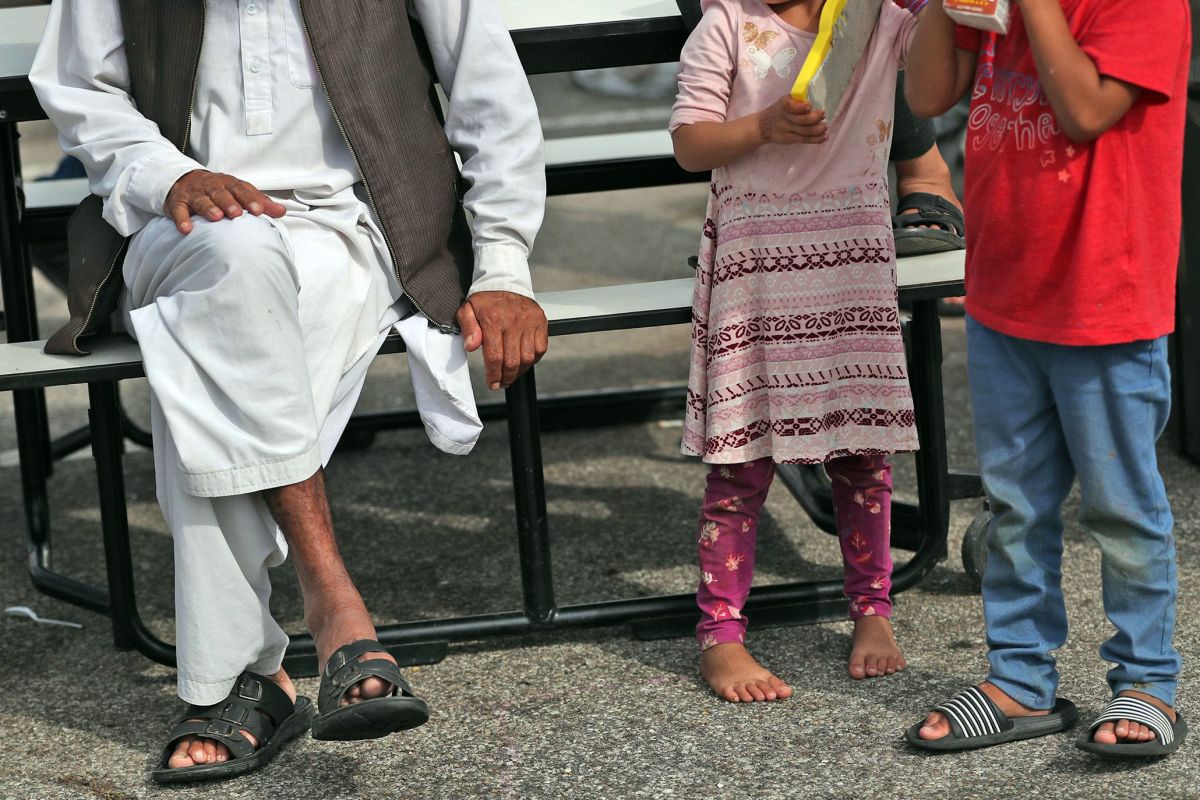 The goal for both sides is to achieve economic self-sufficiency as quickly as possible. Businesses around the state are eager for the help.

As soon as Samir Zubair heard Catholic Charities Fort Wayne-South Bend would be settling evacuees, he reached out to Chan about hiring some. He oversees seven Wendy’s restaurants in the area and has plans to hire 10 evacuees once their documents are finalized.

“When I first moved here, one of the biggest things for us was to get a job,” Zubair said. “When I offered them, you couldn't believe how big their smiles on their faces (were).”

The businessman in Zubair was excited to find workers. But it’s more than that to him – more than 20 years ago, he fled Afghanistan as a refugee. He understands the role employment and resettlement agencies play in ensuring future success.

“I've met some of these guys, they get off the plane, they start crying,” Zubair said. “To be able to come here and stand on your own feet, and be able to reach back out and help your family, that takes a lot of pressure off your shoulders.”

But the agencies’ work doesn’t end when evacuees find work. They continue helping families and individuals transition as long as needed.

At this point, both Exodus and Catholic Charities Fort Wayne-South Bend are both working with 46 evacuees.

Varga says it’s just the beginning – they’ll be settling people through at least the first half of next year.

Tags:AfghanistanExodus Refugee Resettlement#Afghan Evacuees
Support independent journalism today. You rely on WFYI to stay informed, and we depend on you to make our work possible. Donate to power our nonprofit reporting today. Give now.