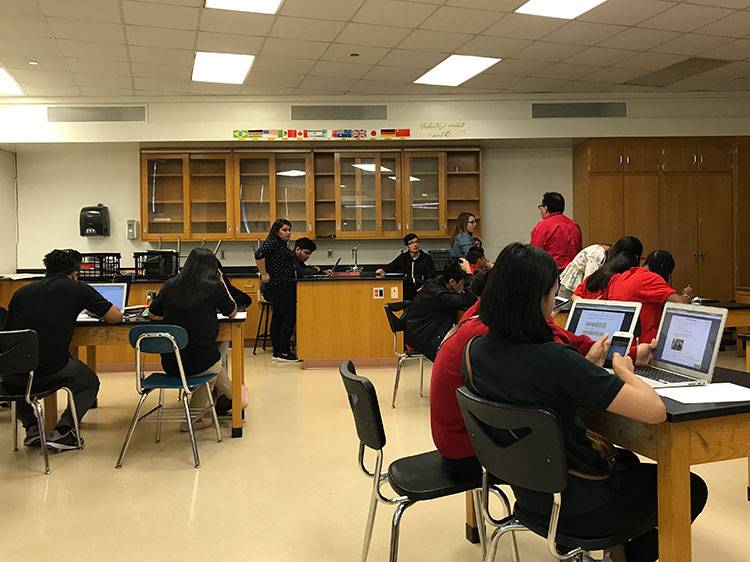 This story was produced by the Teacher Project, an education reporting fellowship at Columbia Journalism School, as part of an ongoing series on the intersection between education and immigration.

The Teacher Project and WFYI will host a panel discussion on college access for undocumented students this week on Aug. 15. The event will be from 5:30 to 7:30 p.m. in the Reuben Community Room at WFYI, 1630 N. Meridian. For more information, including RSVPs, click here.

This is the second in a series. You can listen to the first part here.

BY MIKE ELSEN-ROONEY, THE TEACHER PROJECT

When Cinthia was a senior at Indianapolis’ Emmerich Manual High School four years ago, she dove into the college search process, like her classmates. But Cinthia, whose parents brought her to Indianapolis from Mexico at the age of 5, faced a challenge that most of them did not: As an undocumented immigrant, she didn’t qualify for most financial aid or in-state tuition discounts. (WFYI is withholding Cinthia’s last name because of her immigration status.)

Schools across the state face unique and growing challenges in advising students like Cinthia. That’s partly because many of them, including Cinthia, are hesitant to tell guidance counselors that they are undocumented. “I didn’t really ask a lot of questions,” Cinthia said. “It’s just scary to talk about.”

Cinthia’s reluctance isn’t unusual. Carmen Lynch, one of Manual’s guidance counselors, said she knows many of the students she works with are not citizens. But no one in her six years has actually told her they’re undocumented.

“Unless they feel comfortable and safe telling us... it’s a challenge,” she said.

Undocumented students often don’t qualify for financial aid or in-state tuition discounts. They also have a harder time getting loans. Even taking the SAT is complicated if they don’t have a state ID. And, like Cinthia, they are often too scared to ask for help.

Only five to 10 percent of undocumented high school graduates go on to college. At first, Cinthia wasn’t one of them. “I did not know most of the things that you have to know to get into college,” she said.

Instead, Cinthia went straight to work after graduating from Manual in 2015.

“I was working every day,” she said. “I wasn’t really encouraged to continue school.”

But not long after graduating, Cinthia contacted the teacher she was closest to at Manual: Jessika Osborne, an English-as-a-second-language (ESL) instructor. Osborne encouraged Cinthia to pursue her college aspirations, and helped her enroll in classes at Ivy Tech Community College.

Osborne is not a counselor. But like many ESL teachers, she’s someone immigrant students trust and reach out to. For example, undocumented students can't drive, and Osborne says Cinthia struggled to get to Ivy Tech at first. “A lot of times I picked her up and drove her there because she didn’t have a ride,” Osborne said.

Cinthia’s now in her second year at Ivy Tech, studying nursing. She gets emotional when she thinks about how impossible a college education would have been without Osborne’s help. “I feel like Osborne’s my guardian angel,” she said. “She’s helped me through so much.”

But those extra responsibilities take a toll on Osborne. She says she often feels unable to focus on her core teaching responsibilities because she spends so much time helping her students register for classes, sign up for the SAT, and research college options.

Osborne also worries that even if she could juggle all of the responsibilities, some undocumented students may never feel comfortable enough to reach out.

A few Indianapolis schools have made efforts to address the gap: Last year, Indianapolis Public Schools assigned four guidance counselors to work directly with English learners, most of them immigrants. And some schools have turned to nonprofits to offer workshops for immigrant students and their families.

“It’s important for schools to open their doors to community-based organizations that can help them do their job better,” said Monica Medina, an associate professor of education at IUPUI.

Cinthia says trust is essential. She’s been mentoring an immigrant student at her former high school. “I’ve helped her with little things I knew I struggled with,” she said. “It gives them hope. They know that if someone else did it, they can do it, too.

Tags:ImmigrationManual High School
Support independent journalism today. You rely on WFYI to stay informed, and we depend on you to make our work possible. Donate to power our nonprofit reporting today. Give now. 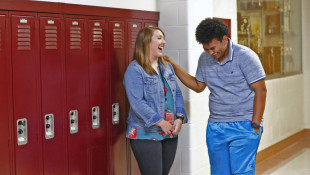 This Undocumented Student Is Ready For College. But In Indiana, It Might Be Out Of Reach