How much are Indiana schools spending in COVID relief? A new database tracks it

The Indiana Department of Education has launched a public database showing how much schools are spending in federal pandemic relief funding.

All of the aid is known as Elementary and Secondary School Emergency Relief, or ESSER. The aid must be spent by late 2024.

The funding has few restrictions, so districts can decide how best to spend the dollars to address student learning loss and continue operating through the pandemic. The dollars can be used to pay for tutors, social workers and longer school days, for example. And schools can also use it to invest in capital improvements, such as repairing ventilation systems.

Schools are required to post plans on their public websites of how district leaders will use the most recent round of funding, but district leaders decide what to include in the plans, and some have been far more detailed than others.

WFYI created a database of school district’s spending plans submitted to the state.

The new database from IDOE does not detail what the schools are spending the money on, but shows how much funding has been spent and how much remains. Schools are required to pay for the expenses up front, then request reimbursement through the IDOE. The database reflects processed reimbursement claims, not actual spending by the schools.

Perry Township Schools has been reimbursed for the second highest amount, with $19.2 million expended so far. The district has nearly $34 million left to spend.

But some schools that received lower dollar amounts have used nearly all the funding. Sheridan Community Schools, for example, only has about $14,000 of its $555,000 allocation remaining, according to the database.

Tags:Indiana Department of EducationESSERcovid-19 pandemicfederal fundingK-12
Support independent journalism today. You rely on WFYI to stay informed, and we depend on you to make our work possible. Donate to power our nonprofit reporting today. Give now. 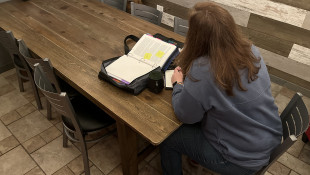 Parents can be silenced in special education settlements. A proposed bill would change that

A WFYI investigation found that schools often pressure parents into signing nondisclosure agreements, or NDAs, as a condition of a special education settlement. Advocates say NDAs prevent parents from talking to other parents of children with disabilities about their experience. And it leaves parents in fear that a school district may take legal action against them for a perceived violation of the clause. 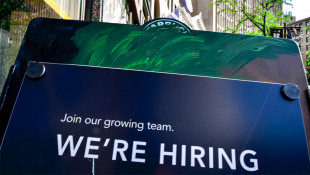 Indiana has historic low unemployment, but is that always a good thing?

With 38 counties at 1 percent or less unemployment rates (not factoring in seasonal adjustment), the state may be entering unusual territory where unemployment is so low it can have some unintended consequences. 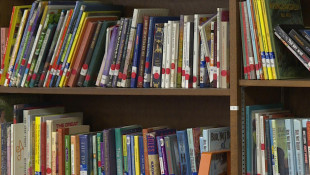 State lawmakers are considering a bill to limit the legal defense for libraries if they're prosecuted for giving children access to harmful materials.