And while Lanane’s caucus only makes up 10 members out of 50 in the Senate, he says their approach is one the public is looking for.

“Someone has to come forward and say, ‘Here’s the simplest, the easiest way but yet the way which will afford the most protection,’” Lanane said.

He acknowledges there can be some room for compromise on the proposal.

“But what you don’t want to do is provide exceptions that swallow up the rest of the law,” Lanane said.

Republican legislative leaders, Gov. Mike Pence and Hoosier business leaders have been working behind closed doors to develop their own proposal for LGBT civil rights…but indications are that they’re not close to a solution.

Tags:LGBTcivil rightsIndiana Senate Democrats
At WFYI, our goal is to cover stories that matter to you. Our reporting is rooted in facts. It considers all perspectives and is available to everyone. We don't have paywalls, but we do need support. So if unbiased, trusted journalism is important to you, please join us. Donate now. 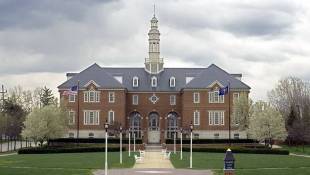 An ordinance that would ban discrimination based on sexual orientation and gender identity has been approved by the Carmel City Council. The council narrowly voted 4 to 3 in favor of the measure on Monday.