BLOOMINGTON -- A rising number of Hoosier college students with financial need are on track to graduate in four years, according to a report from the Indiana Commission for Higher Education.

The increase in students taking and completing 30 credit hours comes two years after legislation went into effect with tougher requirements. Under the law, to keep financial aid at the maximum amount, students must complete 30 credits by the end of their freshman year and in each additional year.

“You always have limited state dollars, so you want to spread those as broadly as you can to benefit the largest number of students,” Lubbers said.

That means requiring that students who get aid take 30 credit hours, an average 5 classes a semester, or lose that money. Lubbers said it keeps students on track to graduate in four years.

State law says that after four years, students are no longer eligible for state aid.

“You’re on your own,” Lubbers said. “I always say it’s a little bit of tough love, but at the end of the day, it’s love.”

Lubbers dismisses critics who say that the requirements don’t give low-income students dependent on aid the same time or flexibility that wealthier peers may have.

“The best answer to that is that their money is going to run out,” Lubbers said. “If they’re taking more than the 4 years to graduate they will get no financial aid. That is not helpful for a poor student at all.”

For students outside of the program, the average debt of graduates in Indiana is $29,222, according to The Institute for College Access & Success. The Indiana Commission for Higher Education estimates every additional year students spend in college costs them at least $50,000 in tuition, fees and lost wages.

Tags:Indiana Commission for Higher Educationfinancial aid21st Century Scholarscollege graduation
At WFYI, our goal is to cover stories that matter to you. Our reporting is rooted in facts. It considers all perspectives and is available to everyone. We don't have paywalls, but we do need support. So if unbiased, trusted journalism is important to you, please join us. Donate now. 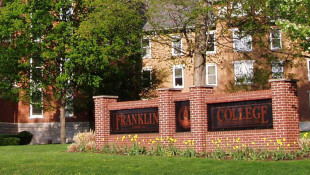