Indiana To Pay Back Federal Loan Ahead Of Schedule

BLOOMINGTON -- Indiana is preparing to save employers $327 million next year by paying off a federal loan for its unemployment insurance trust fund.  The move comes after the State Budget Committee gave the plan an enthusiastic response.

When the recession hit in 2008, Indiana’s unemployment insurance trust fund was rapidly depleted, forcing the state to get a loan from the federal government.  Every year that any part of the loan remains unpaid, Hoosier employers have to pay a tax penalty.  This year, it was $105 per employee.

By loaning itself $250 million from the state’s General Fund, Indiana will pay off the rest of the loan by early November, avoiding next year’s penalty – and saving employers $327 million.

Lennie Busch is a restaurant owner in Bloomington.  She has about 200 employees and paid a tax penalty last year of more than $25,000.  Busch says the state’s move to pay off the loan will make a huge difference.

“That $25,000 is a new pizza oven for me or it’s being able to hire another person back-of-the-house to make everything run a little bit smoother,” Busch said.

The state will be able to pay back the money it takes out of the General Fund through next year’s unemployment insurance tax collections.

Tags:unemploymentState Budget Committeeunemployment insurance
At WFYI, our goal is to cover stories that matter to you. Our reporting is rooted in facts. It considers all perspectives and is available to everyone. We don't have paywalls, but we do need support. So if unbiased, trusted journalism is important to you, please join us. Donate now. 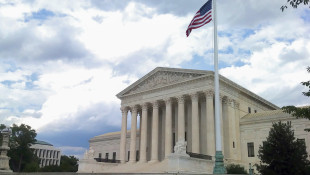 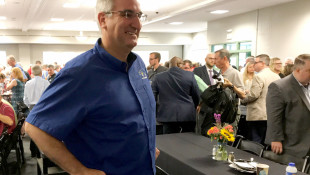 Gov. Eric Holcomb insists Indiana officials did everything right in an investigation into a worker death at an Amazon warehouse.
Read More
@WFYINews Twitter
Tweets by @WFYINews