Indiana University trustees are expected to discuss the possible restructuring of IPFW during a meeting Thursday, but not much is known about what, if anything, will be decided.

The IU Board of Trustees could vote on a change of governance for the university, which could mean a split between IU and Purdue, with both schools operating independently. That’s an option that was proposed earlier this year by an independent state agency, but there are other possible options that might be discussed as well, says an IPFW spokeswoman.

Freshman Savannah Meyer says this confusion, and the possible division of the schools, has her thinking about leaving the Fort Wayne university. Meyer is a biology major, a degree she would receive from Purdue, and a women’s studies minor, an Indiana University department. This combination is possible because of IPFW’s joint governance between IU and Purdue.

“I feel super diminished and small and like...I’m just a number in a program that’s deemed unimportant just because it’s small,” Meyer said.

Adding to Meyer’s confusion is the possibility that the women’s studies department could be eliminated, which means she might not be able to finish her minor. Meyer is a member of the activist group “Not in Our Future” opposing any restructuring of the university. 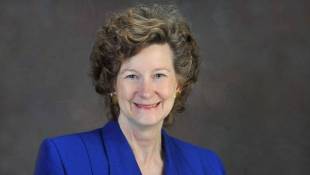 IPFW Faculty Senate Passes Vote Of No Confidence Against Chancellor

After the vote passed, Chancellor Vicky Carwein sent out a statement saying Purdue President Mitch Daniels and the Purdue Board of Trustees will continue to support her as chancellor.