The utility that provides electricity for much of northern Indiana is seeking a 16.5 percent rate increase, saying the rate hike would help it modernize its electrical grid and make other improvements.

The company, a subsidiary of NiSource, said that if the IURC approves the increase its average residential customer using 668 kilowatt hours per month and currently paying $120 would pay $19 more per month, The (Northwest Indiana) Times reported.

The rate hike would start by September 2023, with the remaining changes applied in March 2024 and July 2024 under the utility's proposal.

NIPSCO said the increase would raise funds to modernize its electricity grid, monitor the transmission of electricity and generate cleaner electricity from renewable energy projects.

The utility, which last raised its electricity rates in 2018, will increase its natural gas bills by 10% in September for its 850,000 natural gas customers under a previously approved plan.

The IURC must approve any rate hikes since the utility has a monopoly on electricity and natural gas in the northern Indiana markets it serves, exempting it from the competitive market pressures that would normally keep prices in check.

Tags:Northern Indiana Public Service Co.Indiana Utility Regulatory Commissionutility billselectricity
Support independent journalism today. You rely on WFYI to stay informed, and we depend on you to make our work possible. Donate to power our nonprofit reporting today. Give now. 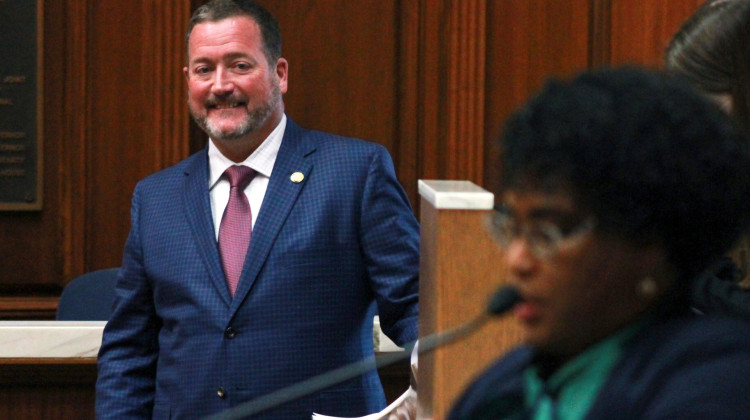