INDIANAPOLIS (AP) — Despite a slight dip in statewide hospitalizations for COVID-19, more Indiana counties are labeled high risk for virus spread, and intensive care units are still stressed by a surge in cases.

Nearly all Indiana counties remain in the higher risk categories for COVID-19 spread on the state Health Department’s risk ratings. The ratings, which are updated every Wednesday, placed 25 of Indiana’s 92 counties in the highest-risk red category, which was three more than last week and the most since mid-January.

Sixty-six counties received the next-highest rating, orange. Only one county, Tippecanoe, was in the lower-level yellow category. For the fifth straight week, no counties were in the lowest-level rating, blue.

Last month, when the highly contagious delta variant was still getting a foothold in the state, just one county was listed as red and 62 had yellow or blue ratings.

Indiana had 2,436 patients hospitalized with COVID-19 on Tuesday, 251 fewer than the latest peak two weeks ago but still nearly double the number of mid-August and a level not seen since January, according to state health data.

Meanwhile, 685 COVID-19 patients were being treated in intensive care units, accounting for 30.8 percent of the available beds in the state’s ICUs, which were at nearly 82 percent capacity. Over the course of the last two weeks, ICU admission rates have reached the highest levels recorded this year.

Indiana Hospital Association President Brian Tabor said Wednesday that while it's “encouraging” to see COVID-19 cases and hospitalizations begin to stabilize, the delta variant still poses a risk to “too many Hoosiers."

That’s caused some Indiana hospitals to delay certain non-emergency surgeries, while others are diverting ambulances away from their emergency rooms and intensive care units.

“The ongoing effects of the pandemic continue to weigh heavily on hospital capacity and staff, and we are approaching flu season when demand for a hospital bed is highest,” Tabor said. “Increasing Indiana’s vaccination rate is the most effective way to ease burden on our frontline caregivers and ensure access for every Hoosier.”

About 55 percent of Indiana residents were fully vaccinated against COVID-19 as of Wednesday, which was the 15th-lowest rate among the states, according to the Centers for Disease Control and Prevention. State health officials said 98 percent of people who were recently hospitalized in Indiana for COVID-19 were not vaccinated.

Tags:coronavirusCOVID-19Indiana Department of Health
Support independent journalism today. You rely on WFYI to stay informed, and we depend on you to make our work possible. Donate to power our nonprofit reporting today. Give now. 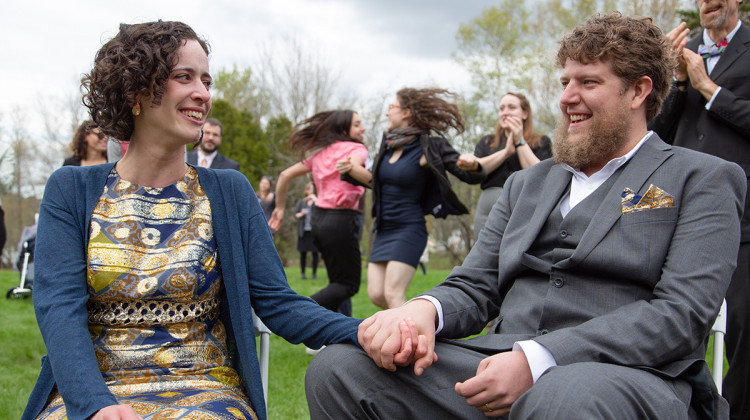 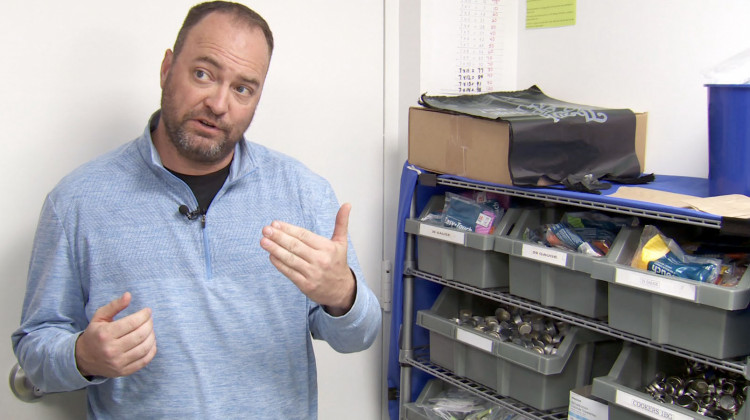