After several weeks over the summer without a reported case, new coronavirus infections are turning up at the Indiana Women’s Prison, and some employees want more testing to protect those inside.

The Indiana Department of Correction’s COVID-19 statistics showed on Friday the women’s prison had identified 16 new cases since late September. Internal emails show that the day before, 20 women were being housed in the gym, the designated location for those who test positive, according to two employees who spoke with Side Effects.

“Most of the units now have a case or two,” said one of the employees on Friday. They both asked to remain anonymous because they didn’t have permission to speak with the media. “We're by no means slowing down. We had four new positive cases today.” They later said more cases came in over the weekend.

When numbers were updated Tuesday, the department reported 28 positive cases since late September, with five women having recovered.

The employee told Side Effects that the prison in Indianapolis now has access to a rapid testing machine, but it has not been widely used. Further testing would help protect the older women and those with health conditions that make COVID-19 complications more likely.

“Why wait until somebody dies?” the employee said.

On Tuesday, the agency’s COVID-19 statistics showed that since late September, 87 women had been tested in the prison, out of more than 600 incarcerated there. Internal emails show that six of the prison’s 13 units, each of which houses dozens of women, had been quarantined as of Friday. Cases had previously been identified on two additional units.

“If you knew these people were positive, you would isolate them, right?” the employee said. “To me, it's still like, ‘Okay, we just don't want to know.’”

Corrections department officials declined an interview request from Side Effects. In response to emailed questions, spokesperson David Bursten wrote that the department follows testing guidelines from the Indiana State Department of Health and the Centers for Disease Control and Prevention: “When appropriate a physician places the order for on-site testing of staff or incarcerated persons.”

Both employees said it seemed decisions about testing were made by prison administrators, rather than medical professionals.

They also told Side Effects that no plans have been announced to widely test staff, despite the risk that they could spread the virus. Twenty-four prison employees have been tested for the virus since mid-September, and the state reports 10 active infections among staff. Reported tests for staff include both personal tests and those given by the department.

The department requires even “high risk” workers — those who live with someone who has COVID or has otherwise been exposed — to come to work, as long as they show no symptoms, though many people infected with the virus never feel sick.

“There’s really no way to know who does and does not have it,” a second prison employee said, adding that at least one high level staffer had been tested, while others had been turned away. “That upset people.”

The first employee said the widespread nature of the recent COVID-19 surge differs from the previous outbreak and that it made them nervous: “I feel like I'm probably going to get it this time. I didn't feel that last time.”

“Staff are too scared at that place to speak up,” said the second.

Tags:coronavirusCOVID-19Indiana Women's Prison
At WFYI, our goal is to cover stories that matter to you. Our reporting is rooted in facts. It considers all perspectives and is available to everyone. We don't have paywalls, but we do need support. So if unbiased, trusted journalism is important to you, please join us. Donate now.

Fountain County Clerk Paula Copenhaver said she will "not be part of the government overreach" and contends social distancing and hand sanitizer are enough.
Read More 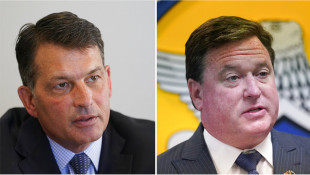 Indiana's attorney general candidates are divided over how the Republican governor has used the states emergency powers law to impose a mask mandate and other coronavirus-related executive orders that have stirred discord among conservative voters.
Read More