This year’s school rankings will not consider achievement gaps for economically disadvantaged students, students of color, students with disabilities or students with limited English.

The Indiana State Board of Education voted Wednesday to suspend part of Indiana law that requires schools to show progress in closing these gaps to receive an “A” ranking in the state’s A-F system. It’s the only reference to achievement gaps in the law, which governs how the state assesses schools and districts.

This year, Indiana doesn’t need to provide progress in closing achievement gaps — differences in student learning between certain groups and their peers — to the federal government. So, the state won’t ask local schools to provide any of this information for 2015-16 school rankings.

Indiana is in the process of developing long-term achievement goals for students that will align with the new ISTEP+ test and a new federal education law.

“That resolution is just for this year,” said Joshua Gillespie, a state board spokesman, in an email.

This is one of many policy adjustments the state may make as it transitions to a new federal education law. The Every Student Succeeds Act replaces President George W. Bush’s No Child Left Behind and transfers much power over education policy from the federal government to the states.

Gillespie says the board is following a set of federal guidelines for the transition.

ESSA requires states to “establish ambitious State-designed long-term goals … for all students and separately for each subgroup of students,” instead of reporting achievement gap progress for economically disadvantaged students, students of color, students with disabilities and students with limited English to the federal level.

The federal guidelines still require states to publish state- and district-level report cards that show how subgroups of students in the state compare to the student body as a whole.

The state board will also consider adjustments to the SAT score graduation requirement, approval of adult high school accountability grades and hear a progress report on Indianapolis intervention schools.

Tags:Indiana State Board of Educationachievement gaps
At WFYI, our goal is to cover stories that matter to you. Our reporting is rooted in facts. It considers all perspectives and is available to everyone. We don't have paywalls, but we do need support. So if unbiased, trusted journalism is important to you, please join us. Donate now.

The Indiana chapter of the American Federation of Teachers agree that so-called safety strikes for local unions could be possible of health precautions at schools are not met.
Read More 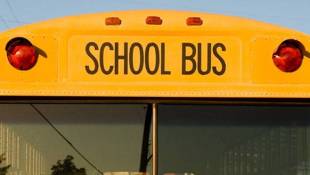 For many Indiana students who returned to classrooms this week for the first time since the coronavirus outbreak forced schools to transition to remote learning last March, the school day offered a mixed bag of emotions, anxiety and plenty of new health-related protocols.
Read More