'Summer Solstice Jubilation' Celebrates Those Who Have Overcome Homelessness

CHIP, The Coalition for Homelessness Intervention and Prevention, hosted its first annual celebration of more than 3,000 people who have overcome homelessness this year in Indianapolis.

“Homelessness can be solved,” Witchey says. “We have a 93 percent success rate when people go back into housing and are provided supportive services. What we are lacking are the resources.”

Witchey says 1 in 4 individuals who experienced homelessness in the last year are now housed, an increase of about 200 people. Witchey says the upward trend is good, but Indianapolis still needs more affordable housing. He says individuals also struggle due to high eviction rates.

Joei Lin Moore spoke at Thursday's event, which included a showcase of photos taken by community members who’ve experienced homelessness. The theme of the photos was home.

Moore was homeless for more than six years before she found housing four months ago. She says she wants people to recognize homeless individuals as their equals.

“If one person is more accepting of other people because of all of these wonderful stories than all of this was worth it,” Moore said.

The Continuum of Care Program Grant provided housing subsidies. The grant program and other service providers were also recognized at the event.

In July, CHIP will unveil a new five year community plan to end homelessness in Indianapolis. 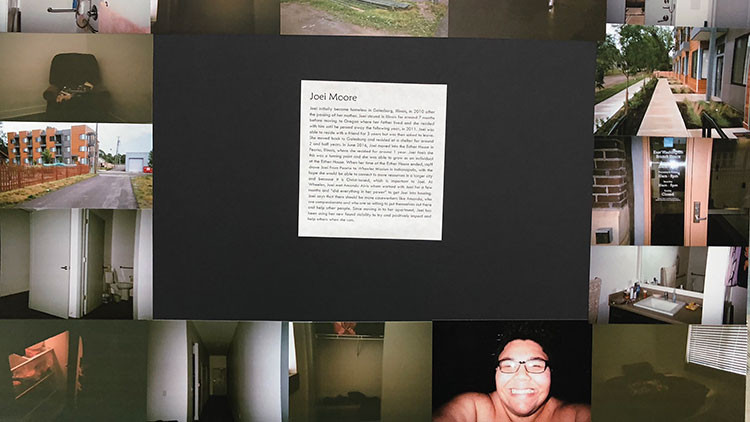