INDIANAPOLIS (AP) — Adult protective services workers often face a conundrum: Although they fear it will not be safe for elderly victims of abuse to remain in their homes, there’s no other safe place for them to go.

Now in Indianapolis, these seniors who cannot remain in their own homes will have a safe haven: the Shalom Sanctuary Center for Elder Abuse at Hooverwood Living, which opened in June on the north side of Indianapolis.

Hooverwood will provide space in its nursing home or assisted living facility for seniors who require temporary housing. Typically the facility runs at about 95 percent occupancy, meaning there’s usually a vacant room should a crisis arise.

“The really special thing about this model is that it addresses both the need of providing care and shelter for folks but also doing so in a way that is knowledgeable and is safe,” said Han Meadway, director of the Shalom Sanctuary Center.

The Shalom Center will provide the same care to abuse victims as it does for other residents, whether they need an assisted living apartment or memory care, offering one of the facility’s empty beds to them.

About 15 other sites across the country have similar programs, said Hooverwood executive director Evan Lubline, who decided to start such a program after hearing about a similar elder shelter in New York.

Years ago Indianapolis had a similar program at the Marion County Health Center, which would offer people in need temporary space and the services of staff when it came time for discharge planning, said Doug May, a co-founder. In the early 1990s, the shelter closed because it had no revenue stream to pay for itself and the city commissioners at the time no longer wanted to support it, May said.

In the six to seven years the program ran, it served about 100 people total, helping about 10 to 12 a year. The new program will likely see even more clients, as the number of seniors in the areas has blossomed, May said.

“The need has to have exponentially increased with the population growth,” he said. “To me this marks a new continuum of care that has been missing in Indiana.”

Finding an alternative place for elder abuse victims can prove challenging and sometimes there’s no option other than letting them stay in an unsafe environment, said Andrea Qualitza, director of adult protective services for unit 8, which encompasses Marion County.

While domestic violence shelters often harbor abuse victims, seniors often have needs beyond those typically addressed at these facilities from mild cognitive disabilities to more serious medical conditions. Other seniors may wind up spending longer than necessary stints in the hospital, while social workers search for appropriate placements, those in the field say.

“That leaves us in a bind,” Qualitza said. “This shelter pretty much provides the appropriate level of care for our victims and fills in that much-needed gap for a short-term safe environment.”

In some instances having this alternative will allow the adult protective investigator to do more research to see whether criminal charges need to be brought. Elder abuse cases can range from physical abuse to financial abuse. Often times the abusers may be caregivers, including caregiver relatives, whom the senior may not view as an abuser.

One recent case entailed an adult son who was caring for his mother who had dementia, Qualitza said. When he went to work, he would confine her in her bedroom tethered to her bed without food and water so she would not leave the home and get lost. She had no physical signs of neglect or abuse but would be a perfect candidate for a program such as this, Qualitza said.

When adult protective services workers find someone who could benefit from a different environment, they look first among the person’s friends and families to see if someone could take them in at least temporarily. Last year, about 15 to 20 people might have benefitted from this new shelter program, Qualitza said.

Despite the need, only about 20 other similar shelters exist around the country, said Joy Solomon, managing attorney for the Weinberg Center for Elder Justice in New York, whose shelter inspired Lubline to start the Indianapolis program. Some programs are slightly different; in Buffalo for instance a legal service agency handles referrals and then contacts a network of organizations to see which can help.

The New York shelter, which started in 2005, now receives referrals from police, adult protective services, hospitals, and the district attorney’s office as well as other places, Solomon said. Each year the program serves between 20 and 30 people.

“The number of people who need shelter is not significant but for the people who do it’s critical,” Solomon said.

In many cases seniors themselves do not want to report the abuse, she said. The perpetrator may be an adult child or they may feel embarrassed that they allowed themselves to become victimized.

Statistics suggest that one out of every six older adults experiences some abuse in his or her lifetime, either financial, psychological, physical or sexual.

And, abuse of seniors appears to be increasing, Solomon said.

“I think we’re really identifying ageism, in a culture that is youth based, seeing a greater prevalence and incidence,” Solomon said. “It’s definitely on the rise.”

In Indianapolis Lubline said he hopes that the program helps raise awareness of the problem of elder abuse and leads to other places in the state starting programs of their own.

“I think it’s our time to really help those individuals in need the proper way and not just talking about, but doing something about it,” he said. “Our goal is to bring awareness that this is OK.”

Tags:elder abuseabuse
Support independent journalism today. You rely on WFYI to stay informed, and we depend on you to make our work possible. Donate to power our nonprofit reporting today. Give now.

For weeks, hospitals across Indiana have endured a surge of new COVID-19 cases. Once again, the strain has revealed systemic flaws.
Read More 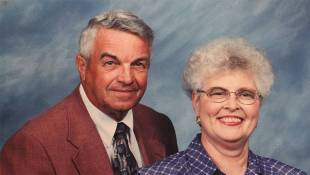